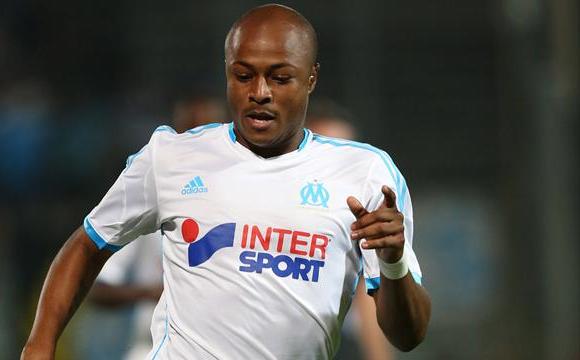 AndreÂ Ayew is the name, a 24-year-old Ghana international playing at Lique 1 side Marseille. Now the fact he is playing at Marseilles, a club coached by Marcelo Bielsa, piques my interest and calls for a longer look.

Marcelo Bielsa is the coach Mauricio Pochettino looks up to and bases his own playing philosophy on, thus a player playing the Bielsa system should fit the system at Tottenham.

Marseille sit top of the French League by 5 points with aÂ +15 goal difference after 9 games. They have won 7 (the last 7 on the trot), drawn 1 and lost just 1 game in their first season with Bielsa at the helm.

The first thing we have to ask is what position does he play and is he in fact playing or just a disgruntled squad player looking for a way out. Ayew has a contract that runs out next summer, so he can arrange a free transfer in January for the end of the season. His primary position is as a left-sided attacker, although he can play the central attacking midfield role.

He has played all 9 Lique 1 games, a total of 707 minutes. He has completed the game in 6 of his last 7 appearances and played for 86 minutes in the other.

He scored 2 goals against Reims and has 2 assists against OGC Nice Â and 1 againstÂ Saint-Ã‰tienne to his name. Not just a disgruntled squad player then.

Marseille would rather sell him than let him go for free so there is a bargain to be had should he have the requisite talent and mental ability. Ayew is open to a move having expressed a desire to play in England.

"The Premier League is a league every player dreams about.

"The English league is the one most followed in Ghana. It's true that I have a real preference for England.

"I like everything about it; the atmosphere, the game, the fans. There is a lot of intensity. It is a beautiful championship."