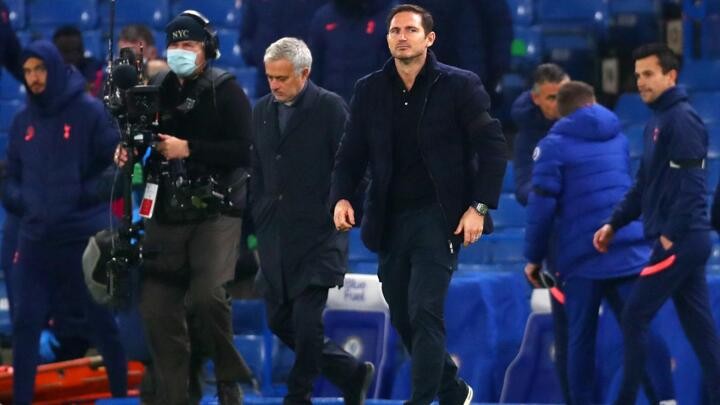 Spurs returned to the top of the Premier League table following Sunday's 0-0 draw at Stamford Bridge.

But Mourinho was keen to play down his team's title chances after they collected a 13th point in five Premier League away games to begin the season – their most since 1991-92.

"We are not even in the race so we are not a horse. We are the small, young horse – a pony. We are just a pony, and you see the difference," he told reporters.

"Joe Rodon was playing for Swansea. Thiago Silva was for many years and still is one of the best centre-backs in the world. And maybe one month of Thiago's salary pays Joe a year's salary. So, calm.

"I just feel sorry he can't play in the Europa League because it would be a great level of experience for him, and I believe the biggest game he played before this one was Championship play-offs and a Wales national team match, so I'm very pleased that he could come here and for 90 minutes he made one mistake.

Mourinho used a similar analogy in early 2014 while in charge of Chelsea, and his side finished behind Manchester City and Liverpool in that season.

Lampard: Spurs have to be contenders

Lampard, whose Chelsea are on their longest unbeaten run (14 games) since November 2018 and sit third in the table, disagreed with Mourinho and said Spurs had to be considered among the contenders.

"It's Jose's call to say it how he sees it from his end but from the outside they're the top of the league, he's very close to the top. If we're contenders then they have to be contenders," he said.

"I think if you've got Harry Kane and Son [Heung-min] in your team, Son's got nine goals, Harry's got seven.

"They keep clean sheets well because of the organisation of their team. They would expect to be in the race. They've invested heavily, they've got people like Gareth Bale sitting on the bench. Dele Alli's not here, there's a strong squad there.

"I think we're all competing. Jose can say it as he sees it."