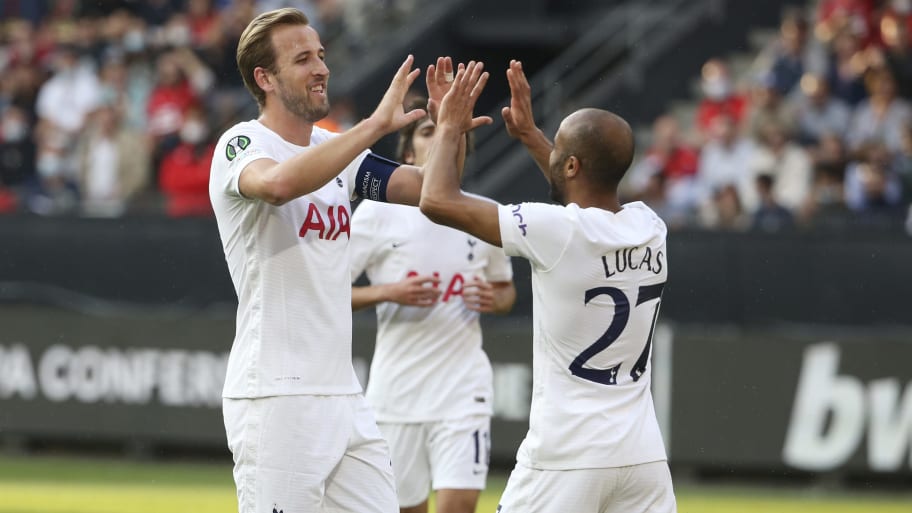 Tottenham will hope to put an end to their tricky run of form when they host Thomas Tuchel's Chelsea on Sunday.

After falling 3-0 to Crystal Palace, Spurs laboured to a 2-2 draw with Rennes in the Conference League, in which their injury crisis worsened with knocks to both Steven Bergwijn and Lucas Moura.

Nuno Espirito Santo could be struggling to make up the numbers for this one, but here's how he could line up his side.

Hugo Lloris (GK) - Lloris' run of three straight clean sheets came to an abrupt end against Palace and he'll be keen to get things back on track here.

Emerson Royal (RB) - Deployed as an emergency winger against Rennes, Emerson will drop back to right-back and replace the struggling Matt Doherty.

Davinson Sanchez (CB) - Sanchez is expected back in the country on Saturday after finishing his isolation, and while Nuno may have preferred to wait to reintroduce the Colombian, Eric Dier's injury and Japhet Tanganga's suspension could force his hand.

Cristian Romero (CB) - It's the same for Romero, who could be thrust back into the action immediately. Joe Rodon is an option but really struggled against Rennes and may not have Nuno's faith up against Romelu Lukaku.

Sergio Reguilon (LB) - Ben Davies didn't have a great game in midweek and is nowhere near mounting a genuine challenge for Reguilon's spot in the squad.

Pierre-Emile Hojbjerg (DM) - The Dane is given a lot of attacking freedom under Nuno and justified that with his equaliser against Rennes.

Oliver Skipp (DM) - Fitness issues mean Nuno will likely be left deciding between Skipp and Harry Winks for this spot. Of the two, it's the youngster who appears to be higher up the pecking order.

Dele Alli (RM) - He might not enjoy being out wide, but Dele could be needed here as both Steven Bergwijn and Lucas Moura are battling injuries.

Tanguy Ndombele (AM) - Ndombele made a typically frustrating return to action in France and could well get another chance to strut his stuff in a more advanced role.

Bryan Gil (LM) - Son Heung-min is thought to be hopeful of making it back for this one, but after a few weeks out with a calf injury, it might be wise to keep the South Korean on the bench.

Harry Kane (ST) - Brought off early in the second half against Rennes, Kane clearly had one eye on Chelsea.


This article was originally published on 90min as Tottenham predicted lineup vs Chelsea - Premier League.