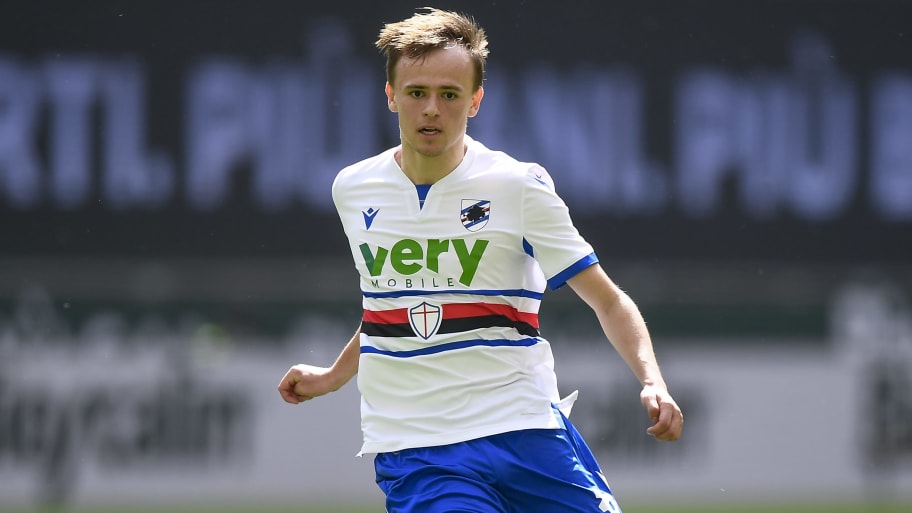 Tottenham Hotspur are leading the race for Sampdoria starlet Mikkel Damsgaard, with a bid for the Dane set to arrive soon.

Damsgaard was one of the breakout stars of Euro 2020, bagging three goals as Denmark made it all the way to the semi-final of the competition and putting in some seriously impressive performances to get fans talking.

Links between Damsgaard and Spurs were actually present during Jose Mourinho's doomed tenure at the Tottenham Hotspur Stadium, and according to La Repubblica (via Sport Witness), sporting director Fabio Paratici is keen to reignite that interest.

It is suggested that Paratici has been quite aggressive in registering his interest in Damsgaard, and Spurs are now thought to have forced their way to the front of the queue for the 21-year-old's signature.

Spurs are even said to be readying a bid worth around €25m (£21.5m) for the young winger, but that seems pretty ambitious from Spurs' side.

There's no mention of just how Sampdoria would respond to such a bid, but given club chairman Massimo Ferrero valued him significantly higher than that just a few weeks ago, you'd guess that offer isn't going to go very far.

"I don’t know how much he’s worth right now because he is not for sale," Ferrero told GR Parlamento (via Goal). "I am keeping a tight hold of him and we’ll help him to develop, because I want to make a healthy profit at the end of it.

Paratici seems hell-bent on signing some exciting wingers this summer, having already struck a deal to land Sevilla starlet Bryan Gil for £21.6m plus Erik Lamela.

There could well be an extra spot in the squad for Damsgaard to fill, with Lucas Moura believed to be available for transfer if the right offer arrives.

This article was originally published on 90min as Tottenham 'ready to bid' for Sampdoria winger Mikkel Damsgaard.