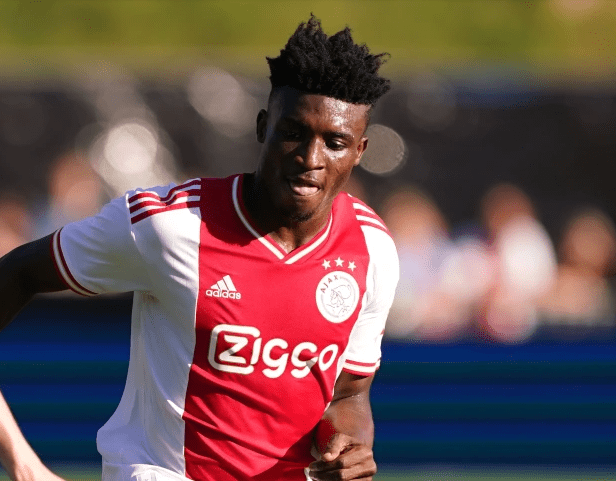 Tottenham Hotspur are interested in Ghana midfielder Mohammed Kudus as Antonio Conte continues to strengthen his team for the new season.

The Black Stars and Ajax ace has been in fine form in pre-season, netting three goals in three matches. Kudus also opened his competitive campaign with a goal in the Dutch Cup defeat to PSV.

Tottenham boss Antonio Conte sent scouts to watch the Ghanaian as he prepares to the English side prepare an official bid for the midfielder.

Mohammed Kudus is seen as an option for out-of-favour trio Tanguy Ndombele, Giovanni Lo Celso and Harry WInks, who are all expected to leave in the summer transfer window.

Meanwhile, despite a strong pre-season, Mohammed Kudus found himself on the bench in the Eredivisie opener against Fortuna Sittard. He replaced Stephen Bergwin in the 91st minute of the 3-2 victory.

Mohammed Kudus joined Ajax in the summer of 2020 from Danish outfit FC Nordsjaelland.