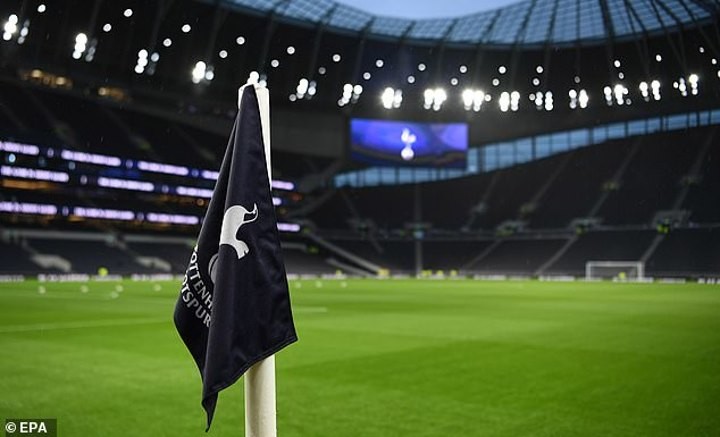 Tottenham have shut down their player recruitment operations as a result of the Coronavirus crisis.

Sportsmail exclusively revealed on Wednesday morning how Newcastle had shut down their scouting department until further notice.

And Spurs’ recruitment team, led by chief scout Steve Hitchen, have followed suit. Chairman Daniel Levy confirmed on Tuesday that all non-playing staff had been furloughed, which makes them eligible for Government aid during the Covid-19 crisis.

But there was doubt over whether Hitchen and his team would still be working towards the forthcoming window during the furloughing period.

While there are no live games to analyse, there is still work to be completed on watching unwatched footage of concrete and potential targets ahead of the next window.

But all that work has officially been put on hold in what will come as a blow to head coach Jose Mourinho.

Newcastle’s head of recruitment Steve Nickson sent a blanket text message, which has been seen by Sportsmail, to a host of his contacts outlining the decision for the recruitment department to close until further notice.

Among those scouts placed on furlough are Nickson, his assistant Mick Tait and head of academy recruitment Paul Baker.

The Magpies have furloughed staff in response to the Covid-19 outbreak - and Nickson, in his correspondence with intermediaries, has confirmed that the club’s scouting team have closed.

Club sources have told us that lists of proposed summer targets have already been drawn up but all recruitment work must now cease under the terms of the furlough scheme.

That means staff emails have been disabled and no club work should be undertaken.

With regards scouting, video analysis from home is also set to end.

The entire scouting department has been placed on furlough leave and no indication has been given on when they will return.