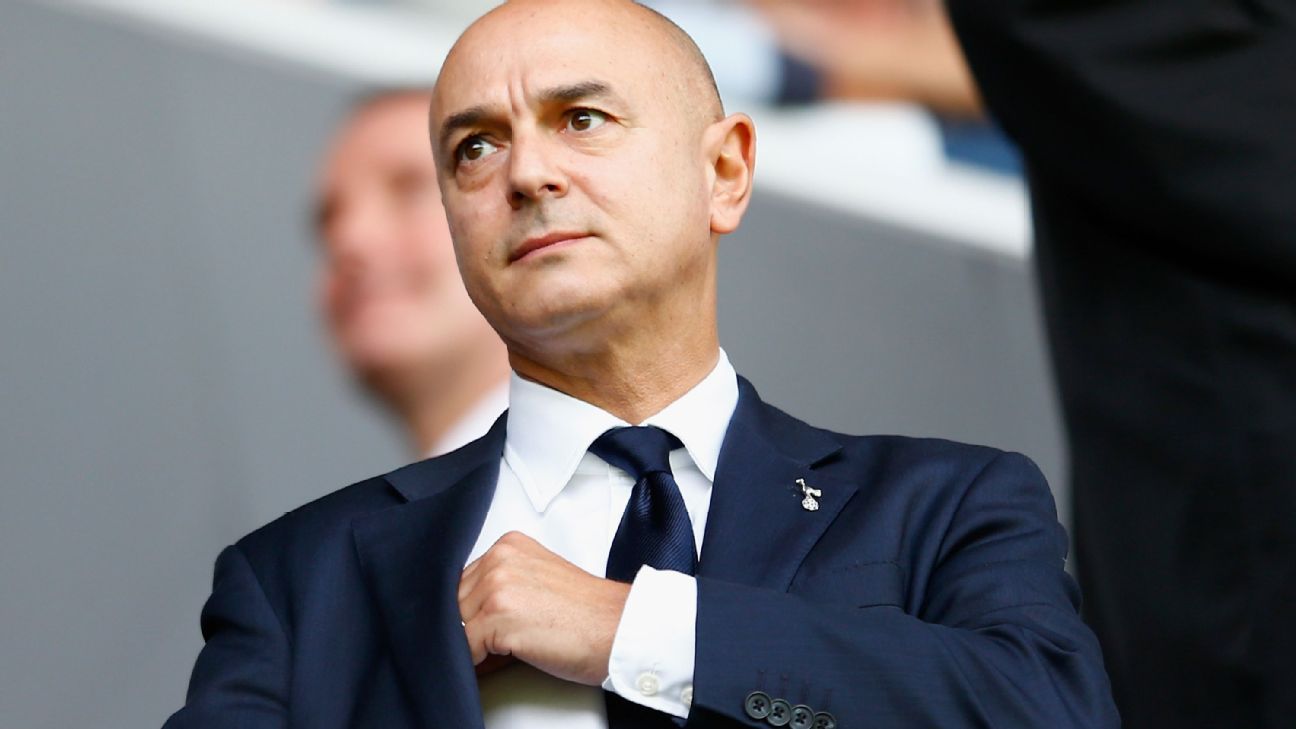 Tottenham chairman Daniel Levy earned over £6 million last season -- around double the salary of the next highest-paid Premier League executive.

Manchester United's Ed Woodward is reported to earn around £3m per year with projections on Totolotek suggesting with more matches scheduled for this season more profits would be made.

This information came as Tottenham Hotspur announced record revenues of £306.3 million for the 2016-17 season.

Tottenham's participation in the group stages of the Champions League and Europa League round of 32 resulted in European gate receipts and prize money of £44.6m, up from £18.7m the previous year.

Daniel Levy says there is 'a growing sense of excitement' about Spurs.

But gate receipts fell from £22.2m to £19m after White Hart Lane, the club's former home, lost over 4,000 seats in the north-east corner to allow building work on their new 62,000-seater stadium to begin.

The revenue figures offered ammunition to supporters who claim season ticket prices for the club's new home, due to be ready next season, are too high.

Martin Cloake, the co-chair of the Tottenham Hotspur Supporters' Trust, said the results supported the view that gate receipts are increasingly irrelevant to financial success.

"A healthy set of financial results illustrates the decreasing proportion of revenue that comes from gate receipts," he told the Evening Standard.

"It makes interesting reading when looked at against the pricing recently announced for our new stadium."

Spurs said spending on the new stadium project increased from £115.3m to £315.1m during last season and revealed that the waiting list for season tickets has increased to more than 62,000.

Spurs also experienced a large increase in profit from operations, excluding football trading, which rose to £117.6m from £63.3m.

"We are in an historic period for the club and there is a growing sense of excitement," Levy told the official Tottenham website.

"There will, however, be many challenges in the coming months as we near the latter stages of the construction of the new stadium and its opening.

"The drive and determination to deliver our best across all areas of the club, together with the unity and support of all involved, will, I believe, see us meet those challenges."

Meanwhile, striker Harry Kane has said Spurs must win the FA Cup to make this season a success after they took a significant step towards a third consecutive season in the Champions League with a 3-1 win at Chelsea on Sunday.

Fourth-placed Spurs are eight points clear of the Blues and face an FA Cup against Manchester United as they bid for a first trophy since 2008.

"Champions League football is a must and we're in a great position," Kane said.

"I think we've got to try and win the FA Cup. If we do that, we can say it's been a very good season."