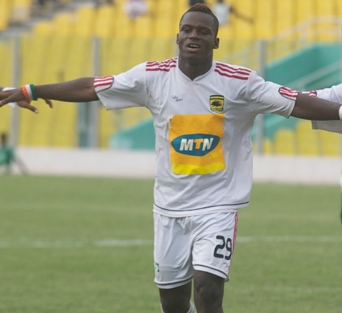 Asante Kotoko in-form striker Ahmed Toure is targeting a 15-goal haul before he bows out at the club during the January transfer window.Â Â

The Ivorian, who is pushing for a Ghanaian nationality switch, has now raked in three goals in three matches.

The 24-year-old is expected to move abroad when the European transfer window opens in January but will like to exit with a mark.

"My first ambition is to score 15 goals before the end of the first half of the season," Toure said.

"It all depends on the team and if the time comes for me to move in January, I would like to score more goals for the club."

Toure joined Kotoko last season in the second half of the league scored five goals.

He was named the league's Most Valuable Player.