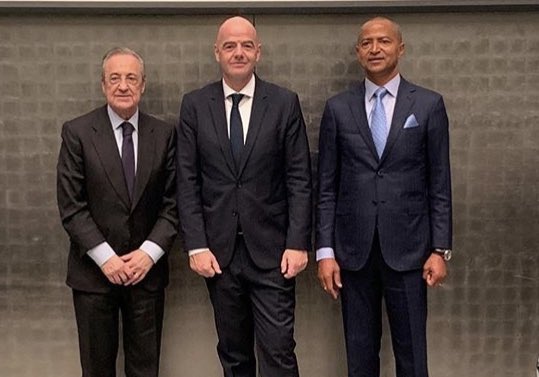 President of Congolese giants TP Mezembe Moise Katumbi has been named as vice President of the World Football Club Association by FIFA.

After the approval of the new FIFA Club World Cup, which will take place in China in 2021, clubs from six continents gathered at FIFA headquarters in Zurich to discuss this new competition and several topics. 'common interest.

The clubs participating in this meeting also decided to create the World Football Club Association (WFCA). Among them, the TP Mazembe of Moise Katumbi.

The founding members agreed that WFCA was the appropriate platform to channel dialogue between clubs around the world and FIFA.

The first goal of this association is to ensure that the FIFA Club World Cup is an event that fans around the world will be able to watch, presenting the best football with the best teams competing for the world's only football trophy. club.

In addition, the WFCA will also be a way for clubs to solve the problems they face and to have a constructive exchange with FIFA on issues of particular interest to them.

"I am delighted that clubs from around the world are here today and have decided to create the World Football Club Association. This new association will provide FIFA with a credible and serious interlocutor to discuss all club-related issues, starting with the FIFA Club World Cup in 2021. This tournament must be a driving force for the development of football in clubs. from around the world that the present wants to achieve with FIFA today. We are looking forward to an excellent cooperation with FIFA to move club football to a higher level, "said Florentino Perez.