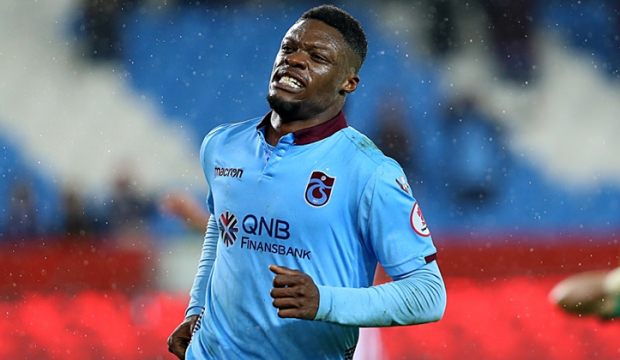 Ghanasoccernet.com understands the Turkish club are in the know of Ekuban's desire to leave and are making efforts to replace him.

They have contacted their former striker Alexander Sorloth. The Norwegian, after scoring 33 goals in 2019/20 moved to RB Leipzig but had a very difficult past season.

As a result of his poor form, Sorloth has been strongly linked with a move back to Trabzon, with the club are in negotiations with Leipzig.

But, if Sorloth’s deal falls through, there is a likelihood Ekuban would stay.

Avci is looking forward to having Ekuban available for pre-season when its starts next month.

"I have Koita, Djaniny and Ekuban to take to the camp right now. Sorloth is an excellent player. It's worth the wait," the coach's reported reply to the club's management after he was informed, that Sorloth would arrive in two weeks.

Ekuban, who has one year remaining on his contract, would be sold for six million euros.