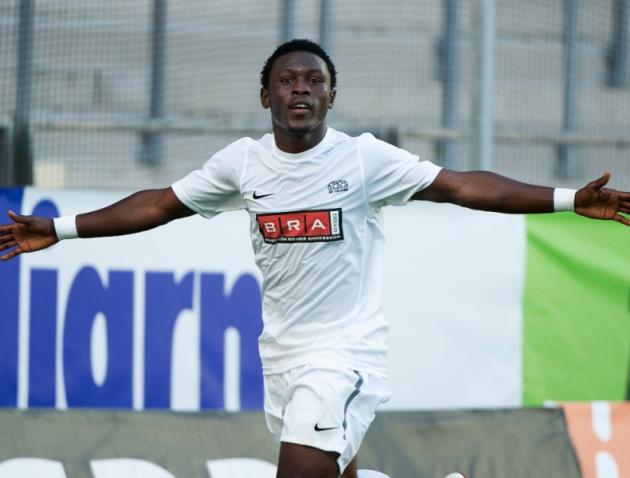 You've probably never heard of Abdul Majeed Waris, but it was the Ghanaian international who emerged in the newest Premier League speculations.

The striker started his career in Sweden, when he joined BK Hacken in October 2009. The Allsvenskan campaign was more than successfull for the 23-year-old who took part in the last World Cup, with 30 goals in 63 caps.

Spartak Moscow had brought him to Otkrytie Arena in late 2012. It was only four months later when he debuted due to the other, apparently better, strikers at the club, such as Emmanuel Emenike, Ari and Artyom Dzyuba, who pushed him out from first-team plans.

He scored his first and only goal for the Red-Whites in December 2013, which earned him Russian Premier League player of the week award. Spartak were forced to loan him out to Valenciennes where he reassured the Russians about his ability. The French team wouldn't mind getting him back a few more times, as the Ghanaian scored nine goals in 16 matches.

Trabzonspor were among the impressed ones and have agreed his arrival to Turkey for â‚¬6m in early September. Two months have passed and Waris still awaits on the first Super Lig goal.

It was confirmed that United are watching on the lad's performances by Trabzonspor's chief executive Burak Gurdal. Some even say Ryan Giggs was watching Europa League clash between the Turks and Lokeren a week ago. With all of this in mind, it would be hard to imagine him at Old Trafford. What will happen next?