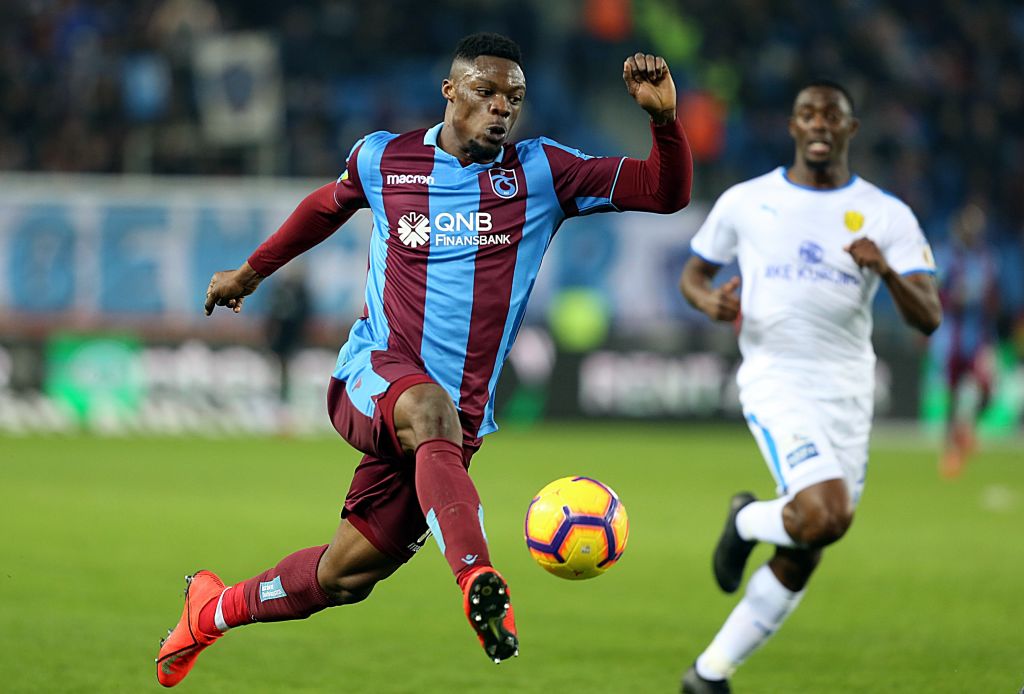 Crocked Ghana forward Caleb Ekuban could be available for Trabzonspor's showdown against giants  Galatasaray on Sunday as they push for the Turkish Super Lig title.

The 26-year old suffered the injury while training and was absent in the side's clash with to Ankaragücü in the Turkish top-flight over the weekend but has been showing signs of improved recovery.

He was greatly missed in the game as Trabzonspor drew 1-1 at home as they failed to move to the summit of the table.

The Ghana international has been sidelined for three weeks following the setback.

But the in-form forward has showed signs of recovery giving the Black Sea Storms some boost ahead of Sunday's game.

Sports reporter Yunus Sel believes the striker could make the trip to Galatasaray.

"Ekuban and Abdulkadir Finger are able to play, and Nwakaeme's situation will become clear after the training sessions that will be held during the week," said Sel.

Trabzonspor travel to Instabul hoping for a win to stay in contention of winning the Turkish Super Lig.

Ekuban has produced 9 goals, 7 assists despite an injury which kept him out of action for 12 weeks in the early stages of the season.