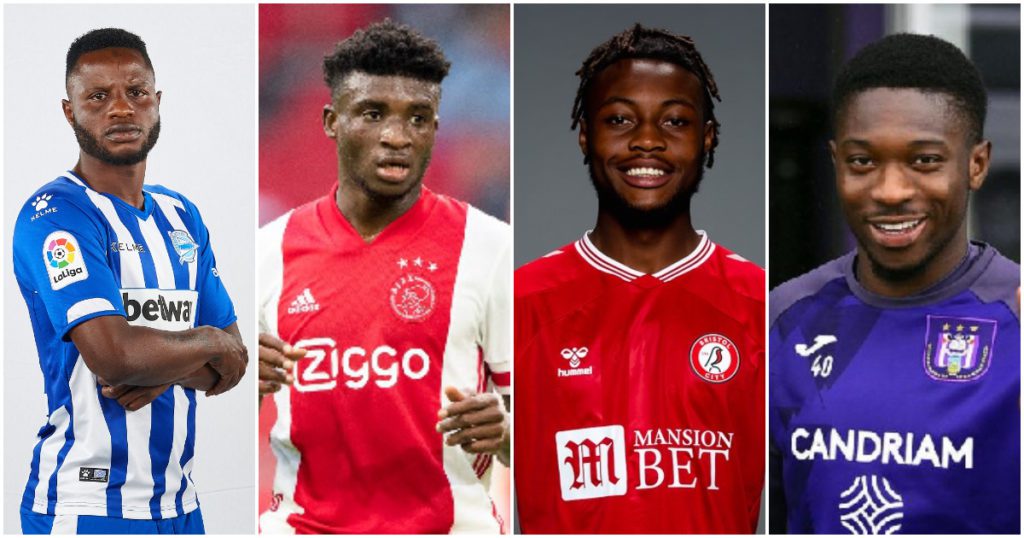 There will be panic buys, inflated fees, and long-awaited conclusions to the sagas that have been drawn out across the summer.

Ghana's leading football website, GHANAsoccernet.com brings you the transfer of Ghanaian players in Europe as the window shuts tonight.

The players are desperate to secure moves for regular playing time with the 2022 FIF World Cup approaching in November.

Ajax midfielder Mohammed Kudus is still pushing for a move to struggling English side Everton.

Free agent Ghana midfielder Mubarak Wakaso is closing in on a move to Belgian outfit Eupen.

English Championship side Reading have confirmed another loan deal for Reading FC.

Ghanaian winger Francis Amuzu will remain at Anderlecht after the Belgian club refused to sell him to Nice.

Ghanaian winger Gilbert Koomson joins Aalesund for the rest of the season from Bodo/Glimt https://t.co/5Es0G6ndBi pic.twitter.com/kfOlElwfI0

The 23-year-old signed a three-year deal to join The Baggies from Salford.

“I’m over the moon to be joining such a big club. It all came about quite quickly but as soon as I spoke to Steve Bruce I realised this was the right place for me," said an excited Thomas-Asante after completing his move.

We're delighted to announce the signing of Brandon Thomas-Asante from @SalfordCityFC for an undisclosed fee. ✍️

The 24-year-old signed a four-year deal to join the La Liga outfit from Portuguese side Vitoria Guimaraes.

"Abdul Mumin is officially a new Rayo Vallecano player for the 2022-23 season . He arrives from Vitória Guimarães SC. Agreement for four seasons. Welcome!," wrote the club as they announced the arrival of the centre-back.

The talented attacker has been signed from fellow Bundesliga 2 side Hamburg SV to augment the squad of the team for the 2022/23 football season.

Ghanaian youngster, Issah Abass has become a free agent after ending his stay in Germany with Bundesliga side Mainz 05.

Issah Abass and #Mainz05 have mutually agreed to part ways. Abass' contract, which was set to run until 30th June 2023, has been terminated.

We wish you all the best for the future, Issah! ?⚪ pic.twitter.com/OItb64Y721