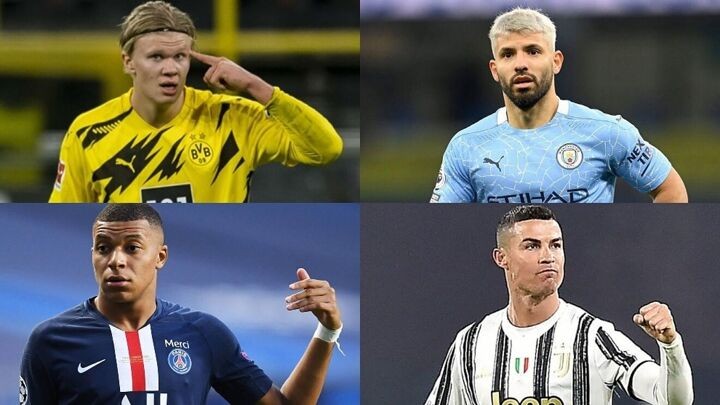 This season could see a whole series of transfers come into effect, particularly involving some of Europe's most sought-after attackers.

Sergio Aguero's exit from Manchester City could kick off a domino effect across the continent. The Argentine is rumoured to be joining Barcelona.

That would leave Erling Haaland free to swap Borussia Dortmund for Manchester City, leaving Barcelona by the wayside.

With the striker joining City, Manchester United would have to look elsewhere for a striker. Harry Kane is on their watchlist.

So is Cristiano Ronaldo, who could well leave Juventus when the season finishes. The Portuguese forward has been linked with Paris Saint-Germain.

If he were to move to Paris, that could free up Kylian Mbappe, who has just one year left on his contract at PSG, to move to Real Madrid.