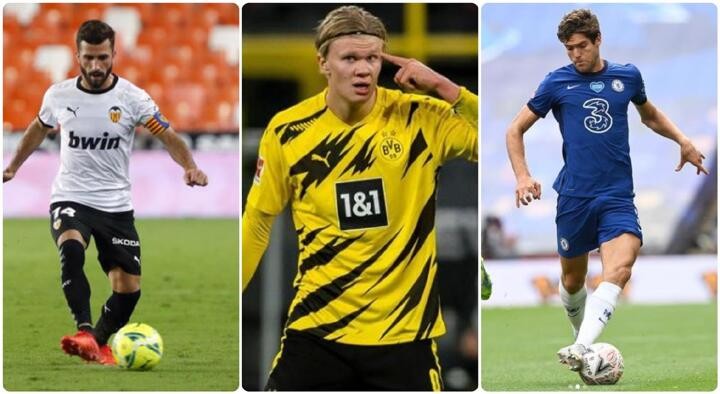 Hello and welcome to Wednesday's transfer blog. Make sure to check this page throughout the day to see the latest rumours and completed deals.

Valencia midfielder Kang-in Lee has thus far failed to become the star that Peter Lim hoped he would be and this, added to the fact that his contract comes to an end in 2022, means that he could depart Mestalla. Radio MARCA Valencia revealed on Tuesday that Kang-in will not leave on loan this month, although Superdeporte state that Real Betis and Monaco are interested in taking him on loan.

Barcelona have a short-term debt of 730 million euros, yet Mundo Deportivo claim that the Blaugrana are keen on signing a replacement for Jordi Alba. The two targets are Valencia left-back Jose Luis Gaya, who is available for around 15 million euros, and Chelsea's Marcos Alonso. Barcelona would then look to sell Junior Firpo.

Thomas Tuchel has just taken charge at Chelsea, replacing Frank Lampard, and the Daily Mail report that he is clear about the one player he would like the club to sign: Borussia Dortmund striker Erling Haaland. Tuchel has, however, ruled out a move for West Ham United midfielder Declan Rice, who was one of Lampard's main targets.