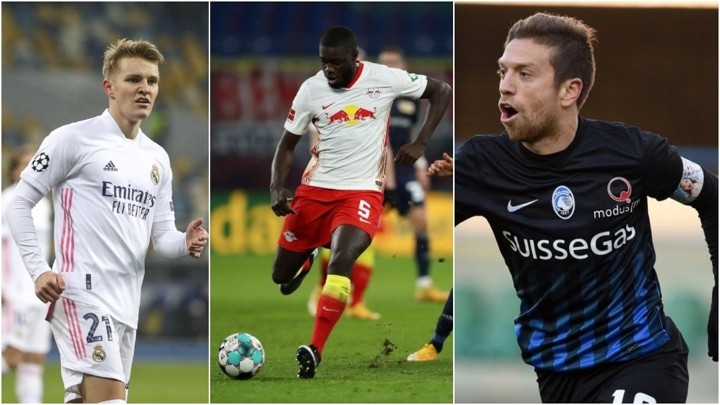 Hello and welcome along to this Friday's transfer market live blog.

We'll have the latest news, done deals and rumours from the transfer market right here.

Manchester United coach Ole Gunnar Solskjaer has wanted to prize Kalidou Koulibaly away from Napoli for some time and still wants to. Yet Gennaro Gattuso won't want to lose his star centre-back.

It seems that Arsenal have emerged as Real Madrid's preferred landing spot for Martin Odegaard. El Diario Vasco are reporting that a return to Real Sociedad is looking less likely and that the playmaker will likely link up with Mikel Arteta on loan until the end of the season.

Dayot Upamecano is one of the most in-demand players in football right now and Bayern Munich director Karl-Heinz Rummenigge has confirmed to Bild that the Bavarian club will try to sign the player. "He's a RB Leipzig player until the end of the season, but everyone knows there's a clause in his contract," Rummenigge said.

According to Gianluca Di Marzio, Sevilla are looking to sign Papu Gomez from Atalanta, although there isn't a firm offer yet. The player is looking for a way out of the Italian club and Sevilla could be the landing spot.