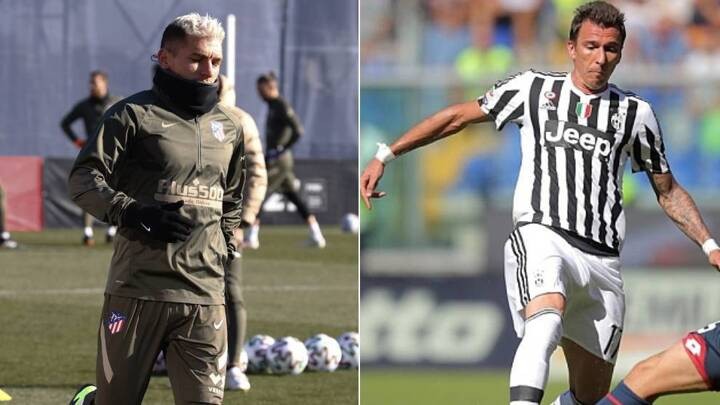 Dayot Upamecano has attracted interest from the likes of Liverpool, Chelsea, Manchester United and Bayern Munich, but RB Leipzig have no plans to sell him this January. The Guardian report that he has a 42 million euro release clause that comes into effect from the summer.

Fenerbahce's sports director, Emre Belozoglu, has said that Mesut Ozil is "closer than ever" to signing for the club.

Moussa Dembele completed his loan move to Atletico Madrid on Wednesday, and Thursday has seen him pose with his new shirt for the first time. The Frenchman has taken Diego Costa's No.19.

Both Valencia and Cadiz are interested in Getafe midfielder David Timor, but Los Azulones do not want to lose him.

An agreement has been reached between AC Milan and Torino for Soualiho Meite to join the Rossoneri on loan. The only thing that is missing is the official confirmation.

Radamel Falcao's time at Galatasaray seems to be nearing an end, with a move to the MLS seeming the most likely. Inter Miami are reportedly interested in Falcao, and it could see them have a front two of El Tigre and Gonzalo Higuain.

Paris Saint-Germain are in negotiations with Neymar over a contract extension for the Brazilian, according to Sky. Neymar's current deal runs out in 2022.

Benfica are keen on bringing Real Betis midfielder William Carvalho back to Portugal, but O Jogo report that his 2.5 million euro a year salary is too expensive for the Eagles. Instead, they want him to reduce his demands by 500,000 euros.

Real Madrid striker Luka Jovic has landed in Germany ahead of his return to Eintracht Frankfurt on a six-month loan deal.

Barcelona are in talks with Manchester City to try and bring Eric Garcia to the club this January, rather than wait until he is a free agent in the summer. All of the presidential candidates are in agreement over this signing.

10:00 CET: Juventus and City to battle for Locatelli

Sassuolo midfielder Manuel Locatelli has caught the eye of both Juventus and Manchester City, according to La Gazzetta dello Sport, although a January move is unlikely. The Neroverdi would want around 40 million euros for Locatelli.

9:25 CET: Kangin could be another Ferran case

Valencia could have a potential problem on their hands with Kang-in Lee, as the South Korean youngster's contract comes to an end in June 2022. As such, if an agreement cannot be reached over a new deal, Los Che may have to sell him in a situation that is reminiscent of what happened with Ferran Torres last summer.

Mario Mandzukic has been a free agent for a few months, but Calciomercato note that AC Milan are keen on bringing him in to further bolster their options in attack.

Lucas Torreira could cut short his loan spell at Atletico Madrid short, with Arsenal not happy at the lack of game time he has had in the Spanish capital. The Daily Mail report that Valencia are keen on trying to bring the Uruguayan to Mestalla, again on loan.