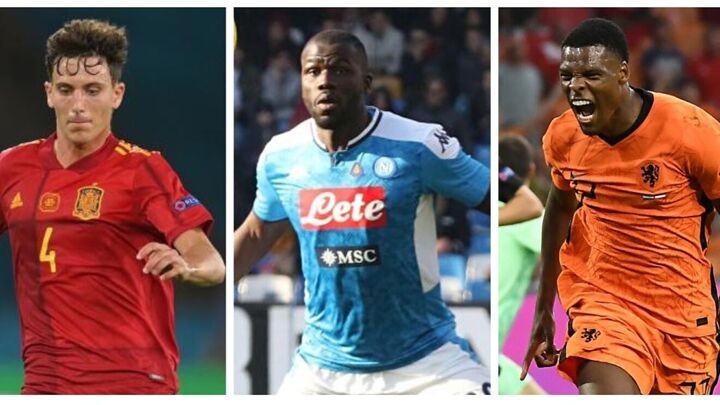 Hello and welcome along to this Tuesday's transfer market blog. Here, in this live blog, we'll have all the latest updates from the transfer market, bringing you the latest done deals and the day's most interesting transfer rumours. So, follow along with us as the football world begins another week of transfer activity!

Francisco Trincao could be one of the casualties at Barcelona after the arrival of Memphis Depay and Sergio Aguero, with Wolves - the club that bought Nelson Semedo last summer - reportedly interested in bringing him to England. Barcelona signed Trincao for 31 million euros from Braga one year ago.

New Real Madrid boss Carlo Ancelotti is seeking a replacement for Sergio Ramos and, according to reports in Italy, he could reunite with Kalidou Koulibaly by bringing the Napoli centre-back to the Spanish capital.

10:00 CEST: Dumfries has plenty of suitors

PSV Eindhoven right-back Denzel Dumfries has been one of the stars of Euro 2020 so far after putting in some stellar performances for the Netherlands, which has caught the eye of Everton and Inter. Reports in Germany suggest, however, that Bayern Munich are the favourites to land him.

Manchester United are on the lookout for a new centre-back to partner Harry Maguire in the heart of defence, with Sergio Ramos and Raphael Varane both having been linked, but Villarreal's Pau Torres is the latest name to have been put on the table. The Spain international impressed against the Red Devils during the Europa League final, which Villarreal won.