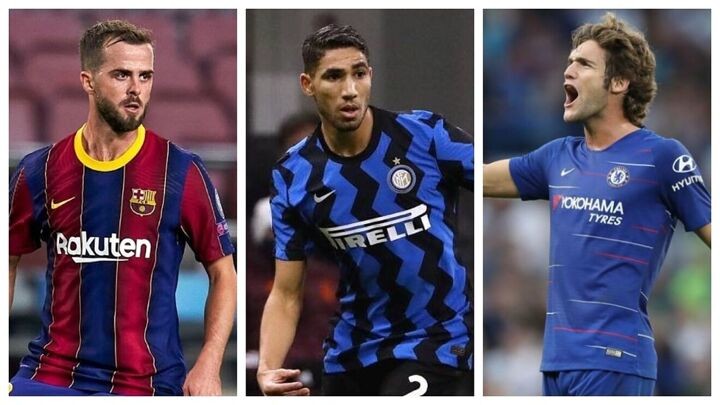 Both Euro 2020 and the Copa America are both underway, but clubs are using this time to focus on the summer transfer window as they look to strengthen ahead of the 2021/22 season. In this live blog, we will be bringing you all the latest transfer stories from across the globe, so stay tuned for frequent updates as they happen.

Real Madrid have already announced that Sergio Ramos will leave the club on June 30, and he could be followed by Raphael Varane later this summer, which may open the door for Jesus Vallejo to get an opportunity next season. According to Cadena SER, Vallejo wants to stay at Real Madrid and show Carlo Ancelotti that he should be in his plans.

11:00 CEST: Pjanic could return to Juventus on loan

Miralem Pjanic has had a torrid time at Barcelona and, with Ronald Koeman staying on as head coach, his days at the Camp Nou look numbered. Juventus, Pjanic's former club, would like to re-sign him on a two-year loan, with Barcelona potentially paying part of his salary. Inter and Napoli are also monitoring the Bosnian midfielder's situation.

Juventus are keen to reach an agreement with Sassuolo for Manuel Locatelli before the European Championship concludes, say Tuttosport. The Italy midfielder is currently shining at the tournament and that has caught the attention of Arsenal, although the Gunners are not in the Champions League and they are therefore a less appealing destination.

Chelsea are the favourites to land Inter right wing-back Achraf Hakimi and, as talks progress, Sky Sport Italia have revealed that Chelsea left wing-back Marcos Alonso could head to Milan in a cash-plus-player deal.