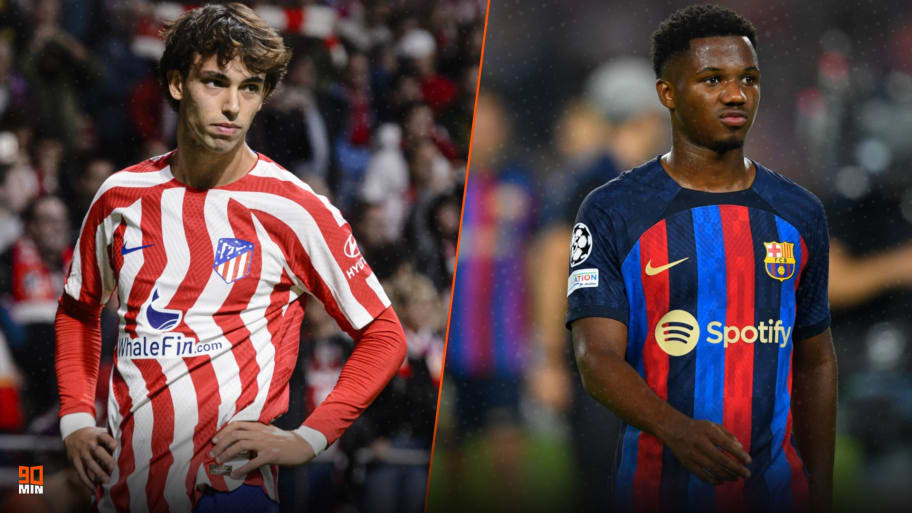 Arsenal have joined the hunt for Atletico Madrid forward Joao Felix, whose future in the Spanish capital is uncertain after a clash with manager Diego Simeone. Manchester United are also tracking the situation. (El Chiringuito)

Having worked to get close to his entourage, Real Madrid are preparing a formal offer to Palmeiras over striker Endrick and there is a real confidence that this will be enough to guarantee his arrival at the Bernabeu in 2024. (Marca)

Bayern Munich enquired about signing Chelsea forward Kai Havertz this summer but were swiftly knocked back by the German's agents. (Christian Falk)

Danish midfielder Pierre-Emile Hojbjerg is in line for a new contract at Tottenham as a reward for his impressive start to the season. (The Times)

Barcelona have no worries about losing young forward Ansu Fati, despite behind-the-scenes threats from agent Jorge Mendes that the Spaniard is considering leaving the club over a lack of game time. (Sport)

Borussia Dortmund striker Youssoufa Moukoko will join an English-based agency next month, boosting speculation of a move to the Premier League. Liverpool are chasing the teenager, whose contract is up in the summer. (Football Insider)

Tottenham are considering a £13m move for Bari forward Walid Cheddira but the club's sporting director has stressed that no offer has arrived yet. (Serie B News)

After snubbing a move to Chelsea in the summer, Presnel Kimpembe is back in talks with PSG over a new contract. (L'Equipe)

Inter will try to keep right-back Denzel Dumfries at the club until the end of the season but could consider selling the Dutchman to Chelsea as a result of their tricky financial situation. (Gianluca Di Marzio)

Amid concerns over the future of manager Xavi, Barcelona have reached out to Spain boss Luis Enrique over a possible return to Camp Nou. (El Chiringuito)

Juventus have joined Newcastle in pursuit of Lyon midfielder Houssem Aouar, whose contract is up at the end of the season. (Gazzetta dello Sport)