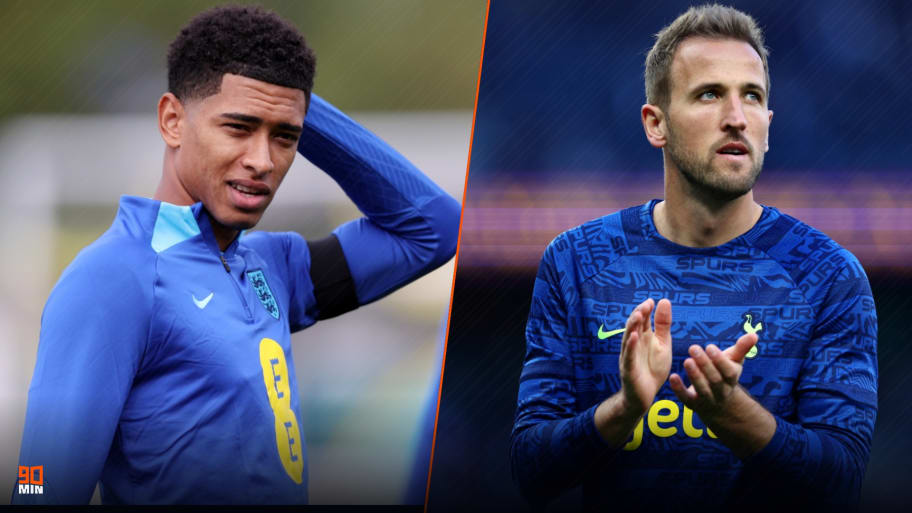 Jude Bellingham would prefer to join Real Madrid if he chooses to leave Borussia Dortmund next summer. Liverpool, Manchester United, Chelsea and Manchester City are all keen on the England midfielder. (El Chiringuito)

Liverpool tried to sign Bellingham in 2012 and offered £9,000 for the then-Birmingham midfielder, whose family rejected the chance to move. (The Athletic)

There is an option in Gerard Pique's contract allowing Barcelona to terminate it in 2023 if he plays fewer than 35% of the minutes available to him this season. The plan is to replace Pique with Athletic Club's Inigo Martinez. (Mundo Deportivo)

Manchester United are the latest side to reach out to the representatives of Tottenham striker Harry Kane over a possible transfer next summer. (Fichajes)

Arsenal have made contact with Eintracht Frankfurt midfielder Jesper Lindstrom over a possible January transfer. The 22-year-old is expected to cost around £17m. (Bild)

Graham Potter is considering recalling winger Callum Hudson-Odoi from his loan with Bayer Leverkusen in January. The new Chelsea manager is a massive fan of the young winger and believes he can earn minutes at Stamford Bridge. (Bild)

Barcelona have spoken to Rennes midfielder Lovro Majer about a possible transfer. The Croatia international has been hailed as 'the new Luka Modric'. (Foot Mercato)

Another Inter centre-back, Milan Skriniar, is being urged by Paris Saint-Germain to allow his contract to expire in the summer so he can join on a free transfer. (Tuttosport)

With his contract up in 2023, N'Golo Kante has been contacted by Juventus, AC Milan and Inter over a possible pre-contract agreement in January. (Tutto Juve)

Manchester City have been scouting Benfica left-back Alejandro Grimaldo, whose contract expires at the end of the season. (Calciomercato)

There are no plans for Bayern Munich to sign a new striker in January, with club officials adamant that Julian Nagelsmann will figure out a way to get his new-look attack gelling soon. (Sky Germany)