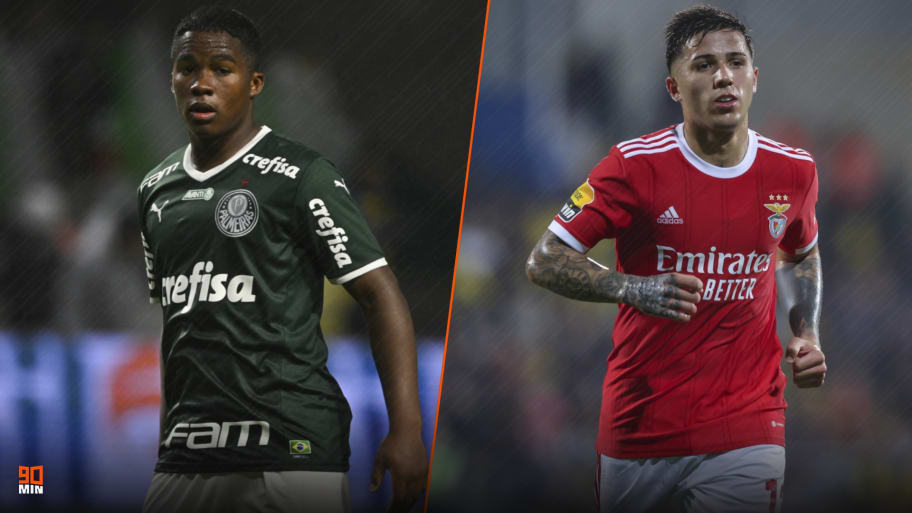 Chelsea have held numerous meetings with Palmeiras striker Endrick over a future move to Stamford Bridge and are seen as genuine contenders for his signature alongside Real Madrid and Paris Saint-Germain. (Evening Standard)

Initial talks have been held between Manchester City and Borussia Dortmund over a future move for Jude Bellingham. (Daily Mail)

Manchester United are 'crazy' about signing Benfica midfielder Enzo Fernandez in the January transfer window and are ready to meet the 21-year-old's €50m asking price. (Record)

PSG are prepared to move for Tottenham forward Richarlison if they find themselves needing to replace Kylian Mbappe, who is a long-term target for Real Madrid. (Daily Mail)

As for Tottenham, they are keen on bringing 23-year-old winder Marcus Edwards back to the club. The Englishman, who was famously compared to Lionel Messi by Mauricio Pochettino, has impressed with Sporting CP. (Record)

Arsenal have held positive talks with Shakhtar Donetsk winger Mykhaylo Mudryk over a possible move to the Emirates in January. (Fabrizio Romano)

Barcelona are considering a move for Crystal Palace forward Wilfried Zaha as he approaches the end of his contract. (Sport)

Frank Lampard is hoping that Everton will push to sign Manchester United left-back Luke Shaw, who would prefer to sign a contract extension at Old Trafford. (Football Transfers)

Juventus are prepared to compete with Barcelona to sign Chelsea midfielder Jorginho, whose current contract expires in 2023. (Sport)

Scouts from Liverpool have been sent to watch Midtjylland's 21-year-old Danish winger Gustav Isaksen, who has been identified as a possible target for the January transfer window. (Ekstra Bladet)

Barcelona are keeping a close eye on the situation of Manchester City defender Aymeric Laporte, who is seen as a possible alternative to primary target Inigo Martinez once the January transfer window opens. (Sport)

Bayern Munich want a succession plan for goalkeeper Manuel Neuer, and if they cannot convince Alexander Nubel to wait around, they could move for Borussia Dortmund's Gregor Kobel. (Sky Deutschland)