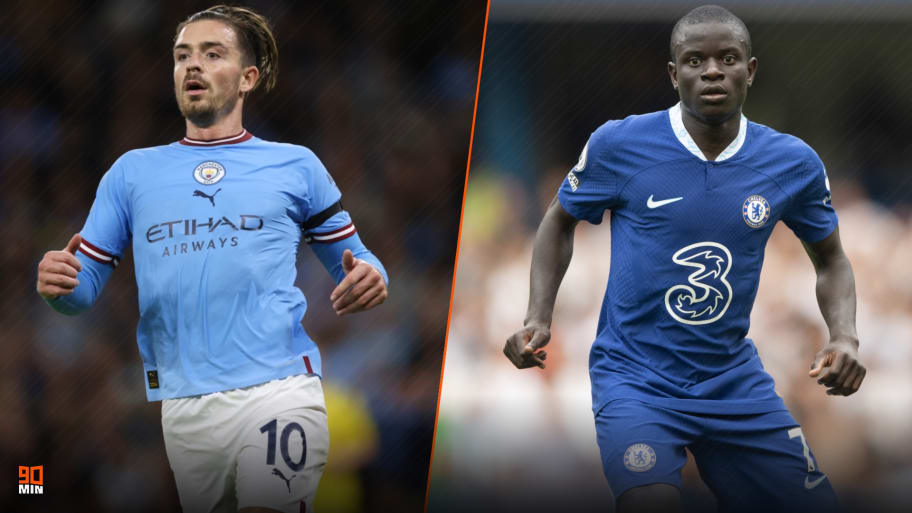 Erik ten Hag wants Manchester United to sign Benfica striker Goncalo Ramos in January. The 21-year-old is valued at around £25m and has also attracted interest from Newcastle and Bayern Munich.

Liverpool are the latest side to express an interest in Shakhtar Donetsk winger Mykhaylo Mudryk, who is expected to be available for around £50m in January.

Manchester City winger Jack Grealish has told those close to him that he does not expect to remain at the club beyond next summer and has already asked his agent to search for potential suitors.

Representatives from Paris Saint-Germain have reached out to Chelsea midfielder N'Golo Kante over a possible free transfer. The Frenchman is in the final 12 months of his contract and has rejected the Blues' first offer of an extension.

Another Chelsea midfielder, Jorginho, has offered himself to Barcelona ahead of his own contract expiring next summer, but the La Liga side have no interest in pursuing a deal.

That may not be the only link between the two clubs next summer as Chelsea are also considering a €15m move for long-term target Alejandro Balde of Barcelona, amid concerns over Ben Chilwell's role under Graham Potter.

Bayern Munich defender Benjamin Pavard has admitted he considered leaving the club this summer. Atletico Madrid, Chelsea, Juventus, Manchester United and Paris Saint-Germain all made offers but were all rejected.

Tottenham remain keen on signing Leicester City playmaker James Maddison and could make a bid in January if the Foxes' miserable run of form continues.

In the meantime, however, Tottenham face a battle to hold on to manager Antonio Conte after he was spotted in Turin, the home of former employers Juventus. The Serie A side are considering sacking Massimiliano Allegri and would jump at the chance to rehire Conte.

Barcelona are interested in signing Real Madrid winger Marco Asensio on a free transfer next summer when his contract expires.

Brazil midfielder Douglas Luiz will have plenty of offers in January, with Arsenal expected to be joined by Chelsea in pursuit of the Aston Villa man.

The Gunners also face a battle to hold on to record-breaker Ethan Nwaneri. The 15-year-old is not yet eligible to sign a professional contract and Chelsea, Liverpool, Man City and Man Utd are all trying to lure him away for a small compensation fee.