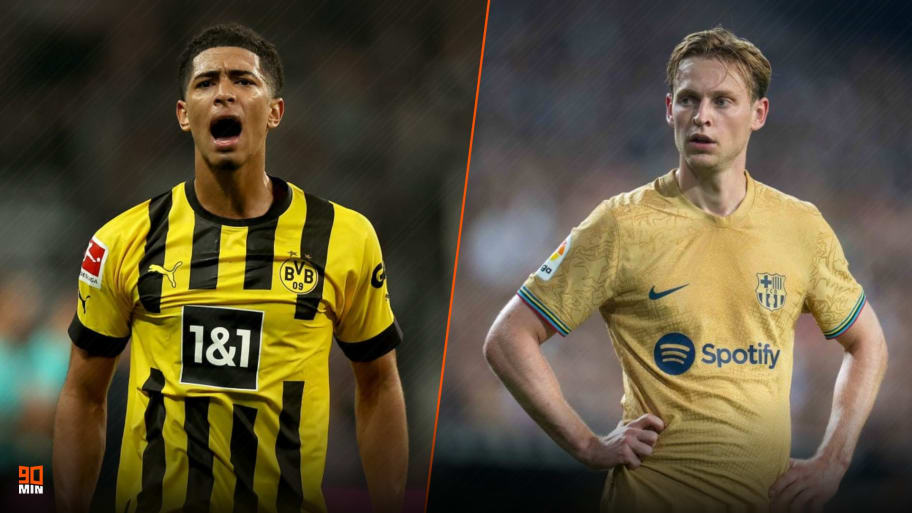 Manchester United, Liverpool or Chelsea could have to pay what would be club records to sign Jude Bellingham in the summer, with Borussia Dortmund demanding a reported £130m. (Sun)

Manchester United also have plans to sign a ‘world class’ striker next summer after seeing what Erling Haaland has done at Manchester City. (Express)

Chelsea have been linked with a January swoop for Juventus midfielder Adrien Rabiot. (Fichajes)

Real Madrid midfielder Toni Kroos is still yet to decide whether he will retire at the end of next season or extend his contract. (ESPN)

Liverpool are starting to plan for life after Virgil van Dijk and are linked with 22-year-old Dutch defender Perr Schuurs, currently at Torino. (Tuttomercato)

Chelsea could also bid £30m to sign Brighton winger Leandro Trossard after the Belgian helped rip them apart this past weekend. (FourFourTwo)

Eden Hazard has been linked with a shock return to the Premier League, to Aston Villa of all clubs, because of the presence of Unai Emery in the west midlands. (Star)

Joao Felix could become a target for Paris Saint-Germain, with Kylian Mbappe not satisfied with the central position he has been playing this season. (Tribal Football)

David de Gea could accept a pay cut in order to secure a new contract with Manchester United. His current weekly pay packet is £375,000 and makes him one of the highest paid at the club. (Athletic)

Arsenal and Chelsea remain linked with Crystal Palace winger Wilfried Zaha, who is still yet to agree a new contract at Selhurst Park. His current deal expires in 2023. (Mail)