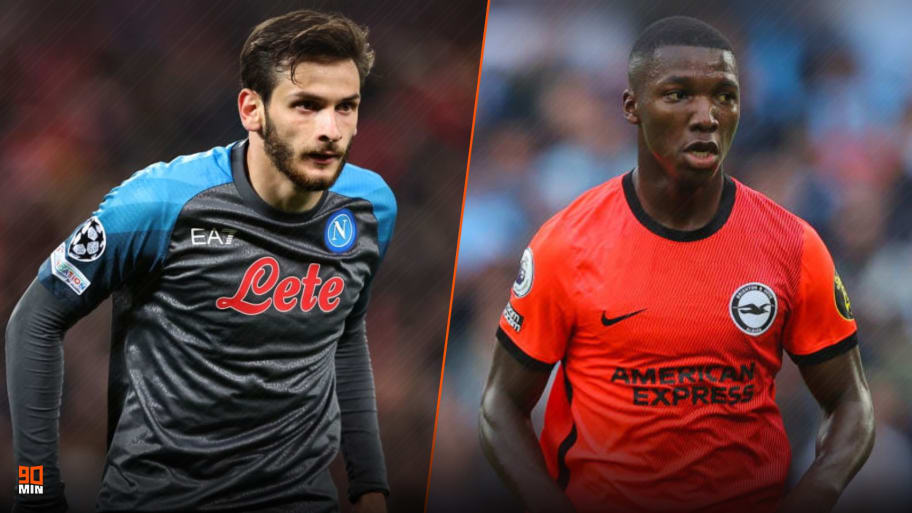 Napoli’s breakout talent Khvicha Kvaratskhelia has been linked with Liverpool and Chelsea but could cost up to €100m. (Evening Standard)

Jude Bellingham is now said to be the top summer target for Manchester United, having initially missed out on the teenage prodigy in 2020 when he joined Borussia Dortmund. (Mirror)

But it is alleged that Liverpool have agreed to go ‘all in’ for Bellingham at £130m. (Sun)

Rumours in France claim Lionel Messi does not want to leave Paris Saint-Germain without winning a major trophy, presumably the Champions League, and is exploring extending his contract. (L’Equipe)

Arsenal technical director Edu is willing to back Mikel Arteta in January, which could include the pursuit of Palmeiras midfield talent Danilo. (Express)

AC Milan are the latest club linked with Chelsea midfielder Jorginho, who has been heavily linked with Barcelona for some time. (Sun)

However, Manchester United are also reported to not be planning any January signings following around £225m worth of investment this past summer. (Manchester Evening News)

Manchester United are expected to trigger the one-year extension in Diogo Dalot’s contract, which would otherwise expire at the end of the season. Barcelona and AC Milan are interested. (Sun)

West Ham, Leeds and Nottingham Forest are all looking at Villarreal striker Boulaye Dia, who is currently on loan at Salernitana in Serie A. (Gazzetta dello Sport)