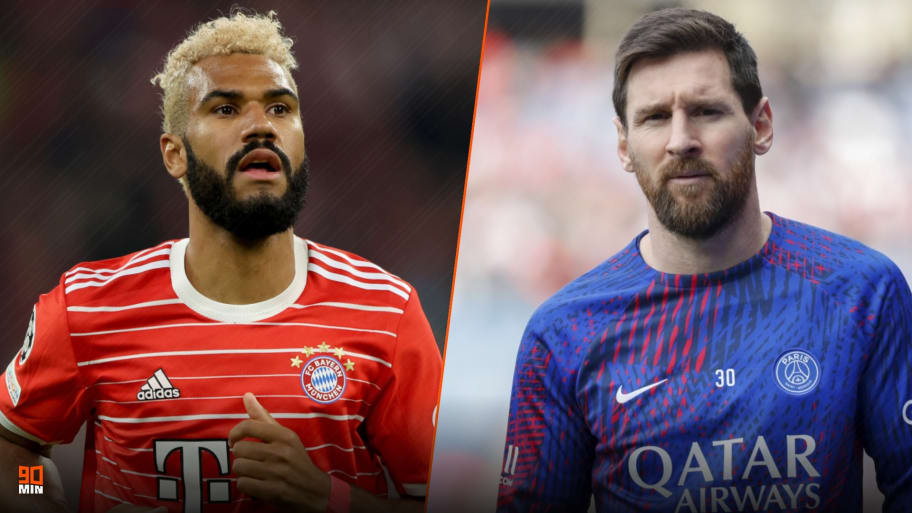 Manchester United could make a surprise move for Bayern Munich forward Eric Maxim Choupo-Moting next summer. The 33-year-old is out of contract at the Allianz Arena and could offer a short-term fix if Cristiano Ronaldo leaves. (Mediafoot)

Lionel Messi has decided he wants to win a major trophy with Paris Saint-Germain and has opened talks over a new contract. (L'Equipe)

Barcelona will revive their interest in Manchester City midfielder Bernardo Silva following Gerard Pique's retirement, as not having to pay the Spaniard's wages has cleared up space to move for the Portuguese midfielder. (Sport)

Barcelona and Juventus have emerged as contenders to sign Crystal Palace talisman Wilfried Zaha. (The Sun)

Liverpool are the frontrunners to sign Jude Bellingham from Borussia Dortmund, ahead of Chelsea, Manchester United, Manchester City and Real Madrid, after creating a close relationship with the English teenager. (ESPN)

Napoli's sensational young winger Khvicha Kvaratskhelia is likely to cost interested buyers around €100m and will not be allowed to leave in January. (Fabrizio Romano)

Manchester United, Arsenal and Southampton all showed interest in signing in-form winger Miguel Almiron prior to his move to Newcastle in 2019. (ABC)

Newcastle could make another bid to sign Real Betis playmaker Nabil Fekir when the transfer window opens in January. Arsenal and West Ham are also fans of the 29-year-old Frenchman. (Fichajes)

Leicester are unlikely to allow Youri Tielemans to leave in the January transfer window, even though he is out of contract next summer. Arsenal and Newcastle have been heavily linked. (Leicester Mercury)

Manchester United boss Erik ten Hag is not yet willing to cut his losses with midfielder Donny van de Beek, despite his underwhelming start to life under his former boss at Ajax. (The Athletic)