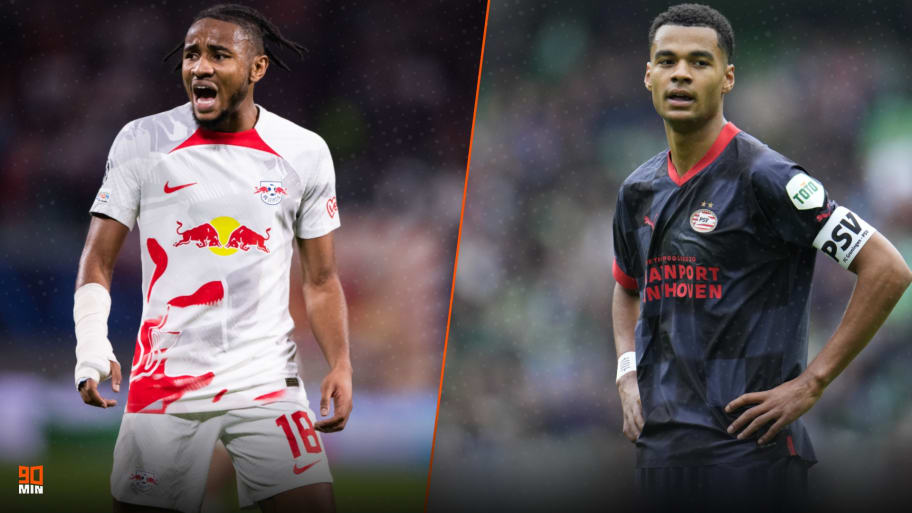 RB Leipzig forward Christopher Nkunku is delaying a final decision over a move to Chelsea in the hope that Real Madrid make him an offer. (Okdiario)

Liverpool assistant manager Pep Lijnders has told Jurgen Klopp that PSV Eindhoven forward Cody Gakpo is the 'missing link' at Anfield, with the boss more than prepared to listen to his suggestions. (Hans Kraay Jr)

But it's Manchester United who are leading the race for Gakpo's signature, with the Red Devils in the process of finalising an agreement for the Dutch international. (Rudy Galetti)

PSG are monitoring the contract talks between Arsenal and winger Gabriel Martinelli, whose current deals expires in 2024. (Le 10 Sport)

Tottenham are contemplating making a January move for Everton's Anthony Gordon, who was the subject of a £50m bid from Chelsea during the summer. (The Sun)

On-loan Bayern Munich goalkeeper Alexander Nubel is reluctant to return to the club once his loan with Monaco comes to a close as he does not want to be benched by Manuel Neuer again. A number of Premier League sides are interested in the stopper, but Bayern have not given up hope of keeping him. (kicker)

Arsenal have enquired about Vitoria Guimaraes midfielder Ibrahima Bamba, who is valued at around £26.5m. (Daily Mirror)

Barcelona are preparing to part ways with right-back Hector Bellerin at the end of the season and Xavi wants the Blaugrana to pursue a €20m move for Girona's Arnau Martinez. The 19-year-old spent eight years in the Barça academy before leaving in 2016. (Cadena SER)

The January transfer window will see Eden Hazard given the chance to leave Real Madrid, with both Aston Villa and Newcastle United interested in the Belgian. (El Nacional)

Manchester City have opened talks with young Chelsea striker Jude Soonsup-Bell over a free transfer once his contract expires in 2023. (Evening Standard)

Bayern Munich and Borussia Dortmund are preparing to go head-to-head to sign Juventus winger Samuel Iling-Junior, who is also out of contract next summer. (SportMediaset)