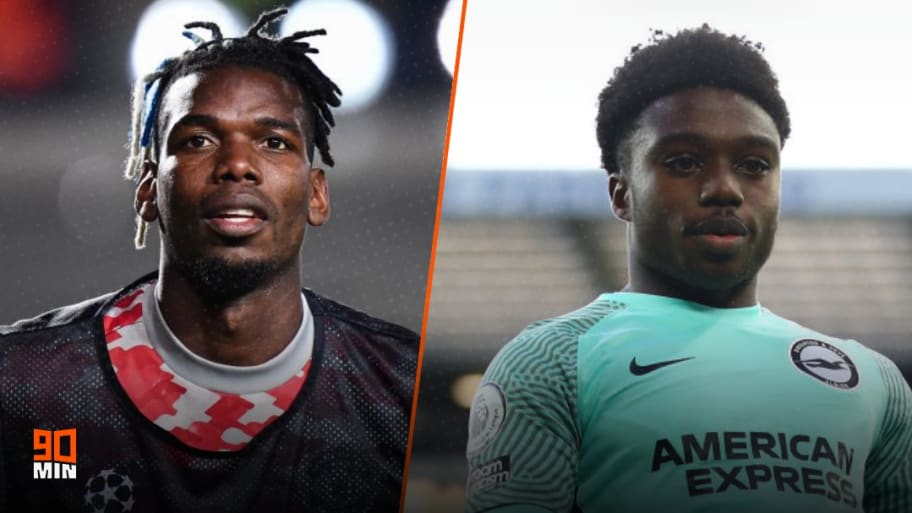 PSG remain interested in signing Paul Pogba at the expiry of his Manchester United contract, and the 28-year-old is thought to be keen on a move to Ligue 1. There are, however, doubts over whether he'd upset the balance of their dressing room.

United are keen to focus on potential incomings this summer and one player they are looking at is Brighton defender Tariq Lamptey. The young Englishman is valued at around £40m and would add significant competition for places on the right side of defence, challenging Aaron Wan-Bissaka and Diogo Dalot for a starting berth.

Denis Zakaria is another player on United's radar, and club officials have now made contact with his representatives over a potential summer move. The Swiss star is out of contract at Borussia Monchengladbach in June and is free to talk to other clubs.

Links to Ousmane Dembele are also continuing, with his contract at Barcelona up in the summer and an agreement over fresh terms not close to being reached.

In the North East, Newcastle are putting their foot down on the transfer accelerator as they look to quickly bring in players to aid their relegation fight. A deal for Reims' teenage striker Hugo Ekitike is one that Eddie Howe is pushing for, while the Magpies have also launched another bid for Sevilla defender Diego Carlos.

Chris Wood has already undergone his medical at St James' Park ahead of clinching a move from Burnley that could be worth £25m.

Arsenal boss Mikel Arteta stated on Wednesday that he saw no reason why the club couldn't sign world class players, even though they're not able to offer continental football at present. One player in his January crosshairs is Arthur Melo, with a loan deal – that would see the Gunners cover all of his hefty wages – being discussed with Juventus.

Leicester's Youri Tielemans is also wanted at the Emirates Stadium, although the Foxes are unlikely to sanction a deal, while Arsenal are continuing to push for Fiorentina striker Dusan Vlahovic. He could end up costing around €75m, should the Serie A outfit's asking price be met.

A bidding war between the Gunners and West Ham for winger Filip Kostic has also been mooted. He's a 29-year-old winger currently plying his trade in the Bundesliga with Eintracht Frankfurt, while he's also capable of playing at wing-back.

Chelsea defender Antonio Rudiger, who scored the winning goal for Chelsea in their Carabao Cup semi-final second leg win over Tottenham, could perform a u-turn on his future and end up committing his future to the club.

That's according to reports in Germany, although 90min's understanding is that Rudiger is keeping his options open and expects to field healthy offers from the biggest clubs in the world. Real Madrid, PSG and Bayern Munich are among those interested.

Premier League champions Manchester City are planning for the future and again have their eyes set on young South American talent. Abner Vinicius, a left-back who plays for Athletico Paranaense, is a target to fill City's problem position on the left side of defence, while Flamengo teenager Matheus Franca is a central midfield target; he has an £83m release clause in his current contract.

Barcelona may ship out Memphis Depay after just six months at the club, with a swap deal involving Juventus' Alvaro Morata rumoured in the Spanish press. The Dutchman was taken to Camp Nou by former manager Ronald Koeman, who lost his job towards the end of last year, but has failed to hit the ground running.

Defender Samuel Umtiti could still leave the club despite signing a new deal earlier in the week - one which allowed Barça to register Ferran Torres - and Newcastle are among the interested parties.