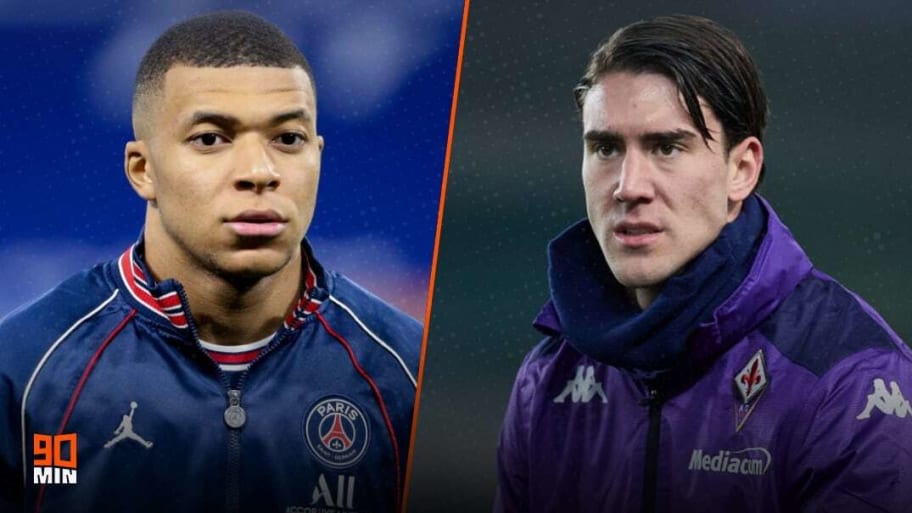 Kylian Mbappe is back in talks with PSG over a new contract and is no longer against the idea of staying at the Parc des Princes beyond the end of the current campaign. However, there is a feeling that he could sign an extension just to ensure he does not leave the club for free.

Suitors Real Madrid are not worried about the situation and still believe that Mbappe will sign for them once the summer transfer window opens.

Arsenal are pushing ahead with their desire to sign Fiorentina hitman Dusan Vlahovic and are close to putting together a £58m package which the Serie A side would accept. Fiorentina want the money up front but Arsenal have been negotiating a payment plan.

Fiorentina's demands have scared a lot of suitors off, with Tottenham, Inter and Juventus all declining to meet their demands.

Sticking with Spurs, they have offered Wolves their choice of four players in a deal for winger Adama Traore. Joe Rodon, Japhet Tanganga, Ryan Sessegnon and Jack Clarke have been mentioned as potential makeweights.

Liverpool are readying a £33m offer to sign Leeds United midfielder Kalvin Phillips. The England international is keen on the move but Leeds would prefer to sell overseas, where Real Madrid are monitoring him.

Jurgen Klopp has also reached out to Barcelona winger Ousmane Dembele and has made him a tempting offer to move to Anfield when his contract expires at the end of the season. Dembele is being watched by most of Europe's big sides ahead of a potential exit from Camp Nou.

Flamengo are looking to sign Manchester United midfielder Andreas Pereira and have offered £8m to sign him once his loan in Brazil comes to a close.

Dean Henderson also hopes to leave United and Southampton have enquired about taking him on a permanent deal, but interim manager Ralf Rangnick does not want to let the goalkeeper go midway through the season.

The Saints are also talking to Chelsea about a permanent deal for on-loan striker Armando Broja, whom manager Ralph Hasenhuttl insists is happy at the club. The Blues are now weighing up whether he features in their long-term plans.

Wolves are ready to listen to offers for centre-back Willy Boly, who has tumbled down the pecking order under Bruno Lage. He's currently out with a leg injury but failed to play a single Premier League minute before going down.

After lengthy negotiations, Juventus have agreed to let Arthur Melo leave for Arsenal. The midfielder is ready to book a flight now to finalise his move, which is expected to be a six-month loan until the end of the season.

The Bianconeri will not, however, be letting striker Alvaro Morata leave the club and Barcelona have now ended their interest in the Spaniard.

La Blaugrana have sent scouts to watch former La Masia star Alejandro Grimaldo as they prepare for life without Jordi Alba. Grimaldo has impressed at Benfica and has entered the final 18 months of his contract.

This article was originally published on 90min as Transfer rumours: PSG in Mbappe contract talks, Vlahovic close to Arsenal.