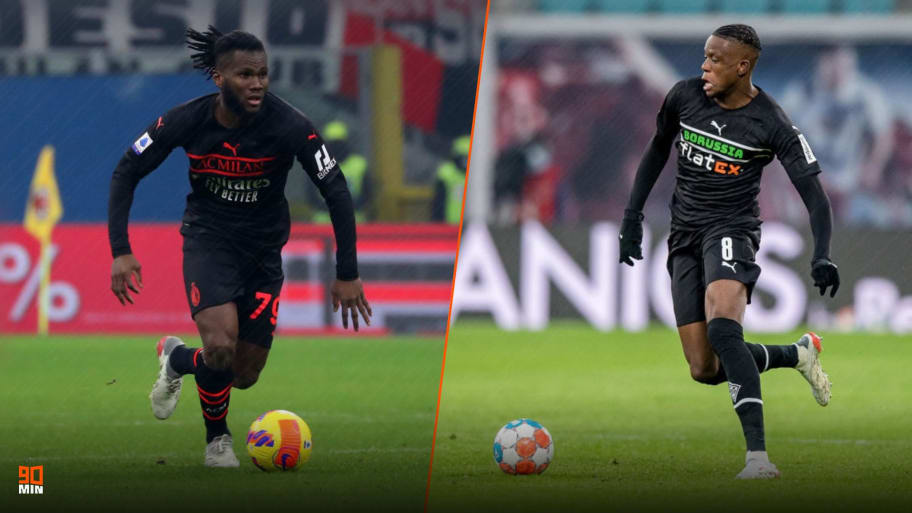 Manchester United are considering a bid for Borussia Monchengladbach's Denis Zakaria, as Ralf Rangnick looks for solutions to his side's midfield woes.

Zakaria's contract is set to expire at the end of the season and the race to sign him on a free transfer in the summer is heating up. It is said that as many as four clubs are in the running, but United may jump the queue by submitting a bid this month.

Another Premier League side with problems in the middle of the park is Tottenham and reports suggest they are leading the race for in-demand Ivory Coast international Franck Kessie.

Like Zakaria, Kessie's current deal expires at the end of the season and Milan are no closer to tying down their star man to a longer contract. He has already refused the Rossoneri's offer of €5m per year and Spurs are said to be willing to table a bid worth double that.

In the short-term though, 90min understands that the Lilywhites are hoping to bring in Inter's Stefano Sensi on loan.

Tottenham's January clearout has also been expanded. As 90min reported earlier this week, Steven Bergwijn is subject to interest from Ajax and Newcastle, while Tanguy Ndombele is said to be wanted by Paris Saint-Germain, Milan, Roma, Lyon, Barcelona and, of course, Newcastle United.

Matt Doherty and Dele Alli can be added to the list of potential departees after the pair struggled during their side's far-from-convincing FA Cup triumph over Morecambe at the weekend.

Now over to Spain, where Barcelona could be readying themselves to sign another 2010s Brazilian throwback. Having already re-signed Dani Alves, it is reported that Oscar - remember him? - could be on his way to Camp Nou too.

The former Chelsea man is plying his trade in China at present but due to the league's new, stringent salary rules he is open to returning to Europe and is even said to be willing to accept the same minimum terms that Alves did to make the move happen.

Kings of the rumour mill Newcastle have been dealt a double blow in their recruitment. First, 90min understands that both Brighton and Brentford have lodged rival bids for Magpies target Hugo Ekitike.

Ekitike is the highest scoring teenager in Europe's top five league this season but despite the competition, the Tyneside club remain in pole position to secure his signature.

However, Newcastle's chances of signing Lille centre-back Sven Botman are all but over. Les Dogues are not willing to play ball mid-season and unless Botman goes on strike, the Magpies will need to focus on other targets such as Sevilla man Diego Carlos.

Meanwhile, Chelsea are looking to address their left wing-back selection crisis by recalling Emerson Palmieri from his season-long loan at Lyon.

Compensation would need to be agreed as the initial deal did not include a recall clause, while the Ligue 1 side also have a right to buy the defender permanently at the end of the season.