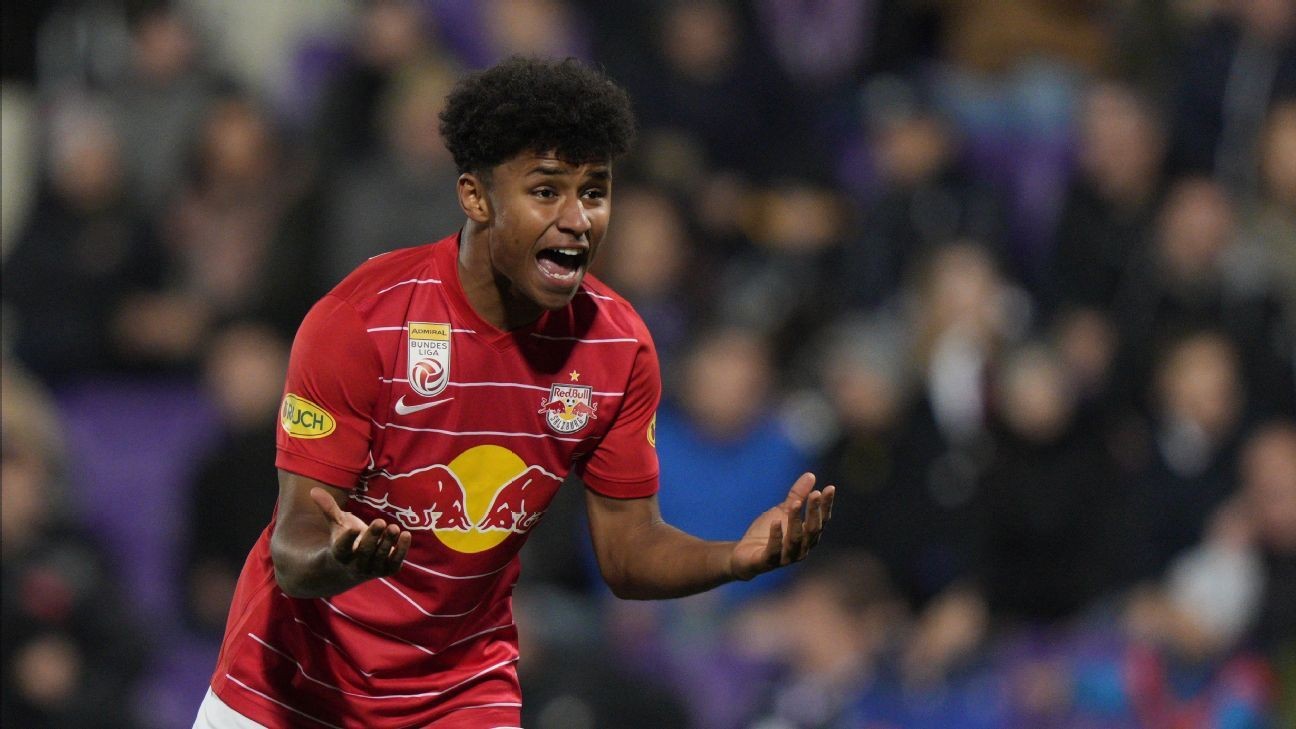 Borussia Dortmund are working on a move for Karim Adeyemi as a replacement for Erling Haaland, according to Fabrizio Romano on the latest Here We Go podcast episode.

The Salzburg striker has been heavily linked with several top clubs in Europe, with Romano mentioning that Barcelona also discussed a possible move with his agents. However, the Bundesliga outfit are frontrunners to land the transfer with Haaland set to leave in the summer.

Messi vs. Ronaldo: Two superstars, two summer moves. How is it going?28dMark Ogden, Julien LaurensMaguire, Coutinho, Van Dijk: How it started, how it's going for soccer's most expensive XI40dMark OgdenThe biggest star every top Premier League team has traded70dTor-Kristian Karlsen

The Germany international would be an ideal replacement for Haaland, who Romano says is set to leave Dortmund in the summer.

The Norway star reportedly has a release clause that would allow him to leave in the summer for a far lower valuation than the £150 million BVB have currently set.

The 21-year-old has scored 74 goals in 76 competitive appearances since he joined Dortmund from Salzburg, and now Adeyemi could follow the same path.

- Real Madrid are leading the race to sign Antonio Rudiger on a free transfer, with the centre-back's contract expiring at Chelsea in the summer. The Independent says that the 28-year-old's agent is currently in talks with Los Blancos, with an informal agreement met.

- Gareth Bale could be set for a return to Tottenham Hotspur, reports journalist Ekrem Konur. The 32-year-old is in his final year of his contract at Real Madrid, who he joined from Spurs back in 2013. The Wales international also had a loan spell at Spurs last season, but could make another return if Antonio Conte sanctions a move.

- Denmark international Andreas Christensen has been approached by Barcelona over a move to the club in the summer. According to Fabrizio Romano, the Catalonian club are looking to sign the defender, who is out-of-contract in the summer. However both clubs believe the 25-year-old will sign a contract extension at Stamford Bridge.

- West Ham are looking to sign Manchester City defender Nathan Ake on loan following an injury to centre-backs Kurt Zouma and Angelo Ogbonna. The Sun reports that David Moyes is searching for defensive reinforcements, with the Netherlands international heading up the list of potential signings.

- Barcelona and Manchester City have a difference of €15m in their valuation of forward Ferran Torres, says Mundo Deportivo. The Camp Nou outfit have been linked with a number of attacking players as they look to bolster their forward ranks. Spain international Torres is one of those linked, with the report claiming Pep Guardiola values the youngster at €60m, while Barcelona are willing to offer €45m.