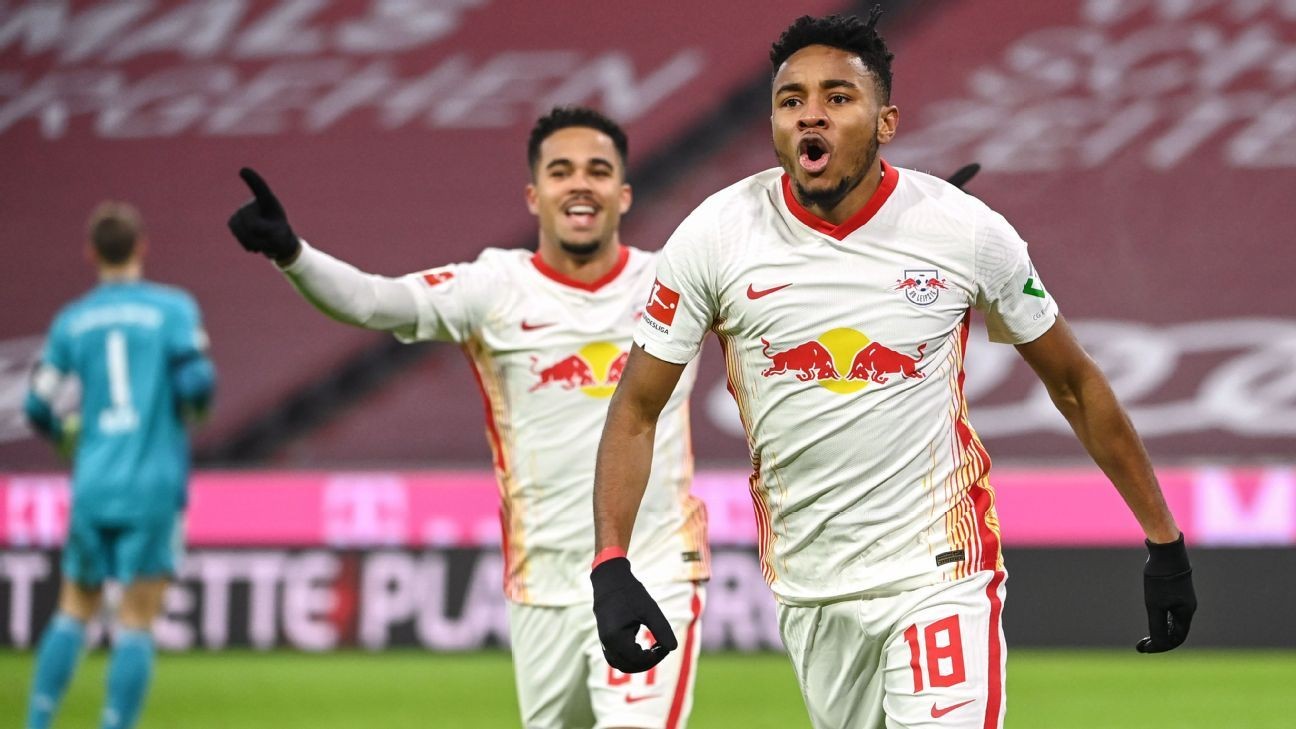 Arsenal have set their sights on RB Leipzig playmaker Christopher Nkunku, according to Calciomercato.

The 23-year-old has just under three years left on his deal at the Bundesliga club and has impressed with his four goals in three matches in the Champions League group stage.

The versatile attacking midfielder stole the headlines at the Etihad against Manchester City with an impressive hat trick -- despite his side losing 6-3 come full-time.

Despite their wealth in attacking talent, Mikel Arteta's side have struggled to score this season. They are the joint-fourth-lowest scorers in the Premier League with seven scored in eight games. The former France Under-21 international could help with that, bagging nine goals and four assists in 12 appearances across all competitions thus far.

Nkunku moved to Leipzig in 2019 from Ligue 1 side Paris Saint-Germain for just over £10m and is now valued at £42m, according to Transfermarkt.

London rivals Chelsea have reportedly been interested in a move for the player, while Real Madrid, Manchester City and Bayern Munich have also been linked with a potential move.

- Chelsea are set to complete the contract renewal of defender Andreas Christensen, according to journalist Fabrizio Romano. The Denmark international scored his first competitive goal for the Blues on Wednesday against Malmo and has become a key presence in their defensive setup.

- Manchester United are looking to offload four players in the upcoming January window, writes journalist Ekrem Konur. Jesse Lingard, Donny van de Beek, Anthony Martial and Phil Jones are all said to be free to leave in the winter as Ole Gunnar Solskjaer begins a clear-out of his squad.

- AC Milan are on the trail of young Anderlecht talent Yari Verschaeren, reports Calciomercato. The Rossoneri are reportedly in contact over a possible move for the 21-year-old attacking midfielder, whose deal with the Belgian club expires in 2024 and is valued at €10m.

- Despite the club's financial troubles, AS reports that Barcelona are trying to work out a potential deal for Kylian Mbappe with creative financing. According to the report, the Catalonian club believe they can make one big signing for the 2022-23 season. It states that they could pay a €90m transfer bonus for the France international, while Real Madrid are willing to part with only €50m.