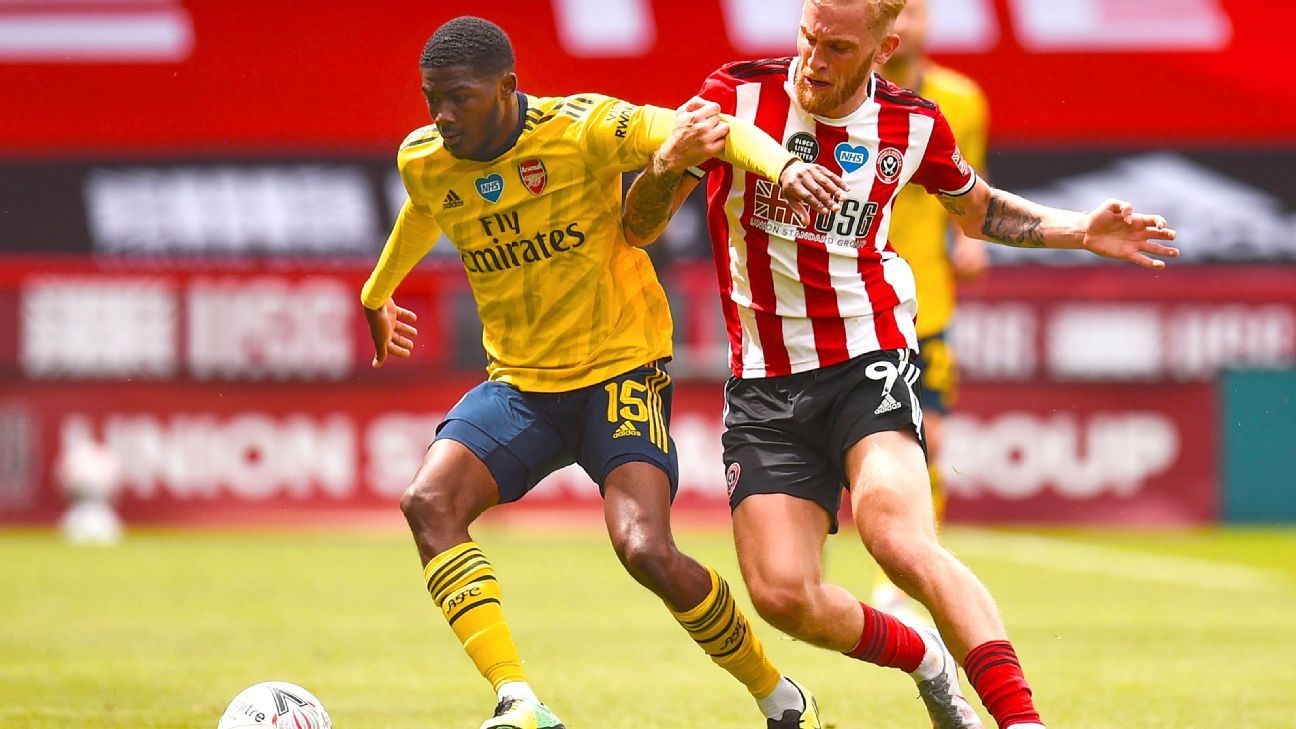 In a desperate attempt to raise cash to help fund Mikel Arteta's squad overhaul, Arsenal are reportedly willing to part with Ainsley Maitland-Niles.

The Sun reports that the Gunners have requested a fee of around £30 million for the 22-year-old academy product.

The news comes days after it was revealed the club had made 55 members of staff redundant. The development might come as a surprise to some Arsenal fans, particularly after Maitland-Niles appeared in last weekend's FA Cup final win against Chelsea.

But should Arteta wish to fund a new contract for Pierre-Emerick Aubameyang and bring fresh faces in this summer, the Spaniard has been told he must "cash in" on some players -- and Maitland-Niles appears to be on his way out.

Only a medical stands between Southampton's Pierre-Emile Hojbjerg officially signing for Tottenham Hotspur, according to the Independent.

The Danish midfielder is set to join Spurs for £15m, as Spurs boss Jose Mourinho sees Hojbjerg as a key member of his team following an impressive four-year stint with the Hampshire club.

Kyle Walker-Peters is set to go the other way and join the Saints for £12m.

Havertz could tie up Chelsea deal next week

Respected Italian journalist Fabrizio Romano has suggested that Kai Havertz could join Chelsea from Bayer Leverkusen as early as next week.

The German has long been associated with a move away from the Bundesliga this summer after Leverkusan missed out on a Champions League qualification spot.

Bayern Munich ruled out a move for the 21-year-old attacking winger earlier this year, leaving Frank Lampard's side as firm favourites to prize Havertz away from his homeland. Romano added that Chelsea are hoping to agree a fee in the region of £71m.

- Crystal Palace list Watford's Gerard Deulofeu as a potential target, according to the Evening Standard. The winger, who was recently relegated with Watford, is expected to be on the move and the Eagles could attempt the Spaniard on loan.