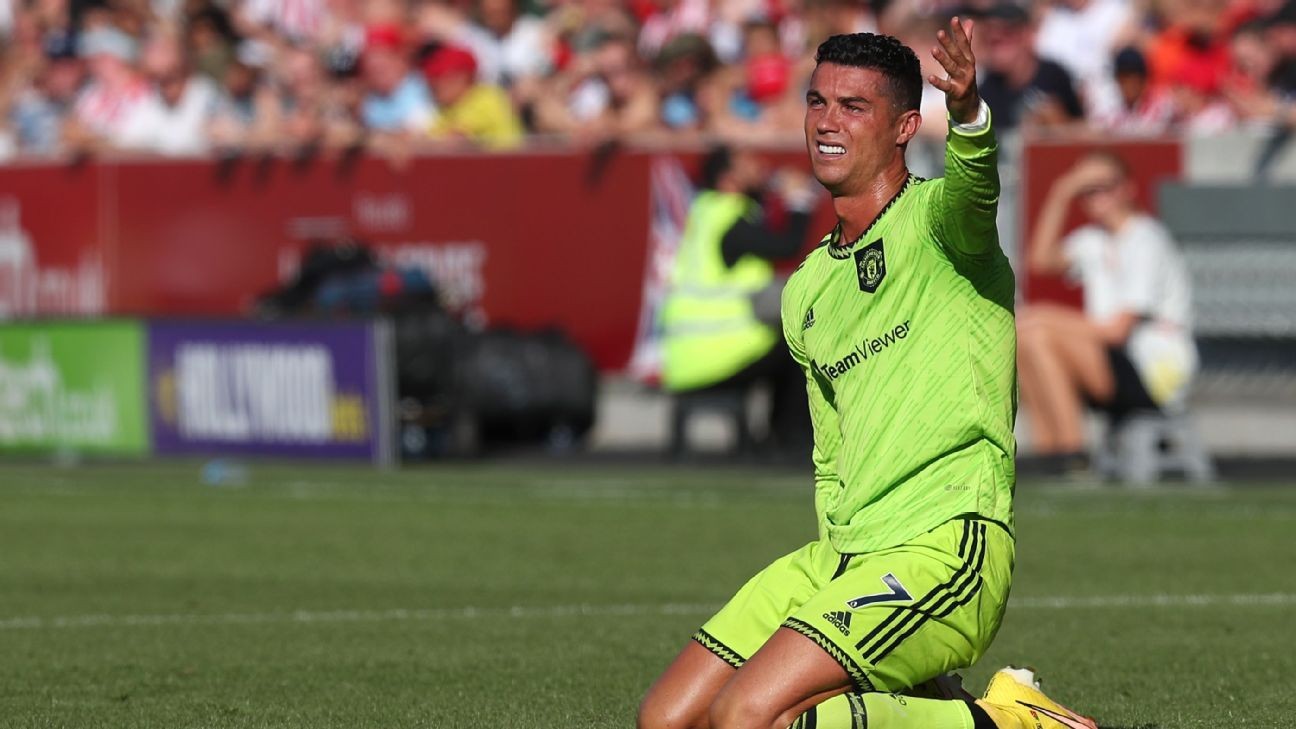 Atletico Madrid are looking to offer Cristiano Ronaldo an exit from Manchester United, according to journalist Guillem Balague.

The 37-year-old Portugal star has been linked with a move away from Old Trafford this summer amid concerns over his attitude, and had been previously linked with Atletico, fierce rivals of his former club Real Madrid.

Earlier on Monday, sources told ESPN that United were adamant of keeping Ronaldo despite growing concerns that his desire to move is becoming a negative influence in the dressing room.

As such, Diego Simeone's side are believed to be keeping the door open for Ronaldo by looking at multiple possibilities of landing him.

Balague's report states that Ronaldo is open to the idea of making the switch to the Wanda Metropolitano, with Simeone keen on implementing him into the side in the same manner as he did with Luis Suarez.

In June, Atleti president Enrique Cerezo had said signing Ronaldo would be "practically impossible." But the LaLiga club could lean on their positive relationship with Ronaldo's agent, Jorge Mendes, to help bring him to Los Colchoneros.

With Ronaldo not hiding his desire to leave United, Erik ten Hag looks to have a decision to make as he balances his dressing room spirit with keeping hold of the Red Devils top scorer last season.

And if Ronaldo joins Atleti, then that could open up the possibility of Matheus Cunha going the other way, with sources telling ESPN late Monday that Ten Hag's shortlist of striker options includes the 23-year-old Brazilian.

08.00 BST: Chelsea are set to make another bid for Everton forward Anthony Gordon, The Times reports.

Sources told ESPN's James Olley on Monday that Chelsea had a £40m bid rejected as Blues head coach Thomas Tuchel tries to strengthen his squad with three signings before the transfer window closes next month.

Gordon, who has also attracted interest from Tottenham and Newcastle, is viewed as an exciting prospect for the future who could fill one of the three attacking positions in Tuchel's preferred 3-4-2-1 system.

Everton are continuing to insist the 21-year-old is not available for transfer, and The Times reports that Chelsea are now preparing a new £45m offer for the 21-year-old

- Chelsea will pursue Frenkie de Jong until the end of the summer transfer window, according to Sport. Thomas Tuchel has made the 25-year-old midfielder a key target, and it is reported that the Blues are willing to match Barcelona's valuation of €80 million to secure him. The Netherlands international is has also been linked with Manchester United, but there is hope that he would be persuaded to join Chelsea as the Blues are able to offer Champions League football this season.

- Bernardo Silva's transfer fee has been valued at £100m by Manchester City, according to The Athletic. Barcelona remain interested in the 28-year-old attacking midfielder, but it looks as though there is some difference in valuation between the two clubs. City would be willing to allow him to leave if the right proposal arrives from the Camp Nou hierarchy.

- There's been plenty of speculation surrounding Matheus Nunes this summer, but it looks as though he is now set to join Wolverhampton Wanderers, according to Record. Wolves reportedly have agreed a deal with Sporting CP worth €45m, plus €5m in bonuses. The 23-year-old midfielder was also on the radar of West Ham United, while also being linked with Liverpool and Manchester City in recent months.

- Napoli are looking to acquire Tottenham Hotspur midfielder Tanguy Ndombele, reports Gianluca Di Marzio. The 25-year-old midfielder has been identified as a replacement for Fabian Ruiz, and it is understood that they have proposed a one-year loan deal that includes an option to make the move permanent for €30m. Ndombele contributed to six goals in 31 appearances last season.

- Sevilla are in advanced talks to sign Bayern Munich's Tanguy Nianzou as the LaLiga team's new centre-back, according to Fabrizio Romano. Having lost Jules Kounde (Barcelona) and Diego Carlos (Aston Villa) during the transfer window, Nianzou is considered a priority signing for the Andalusian side.