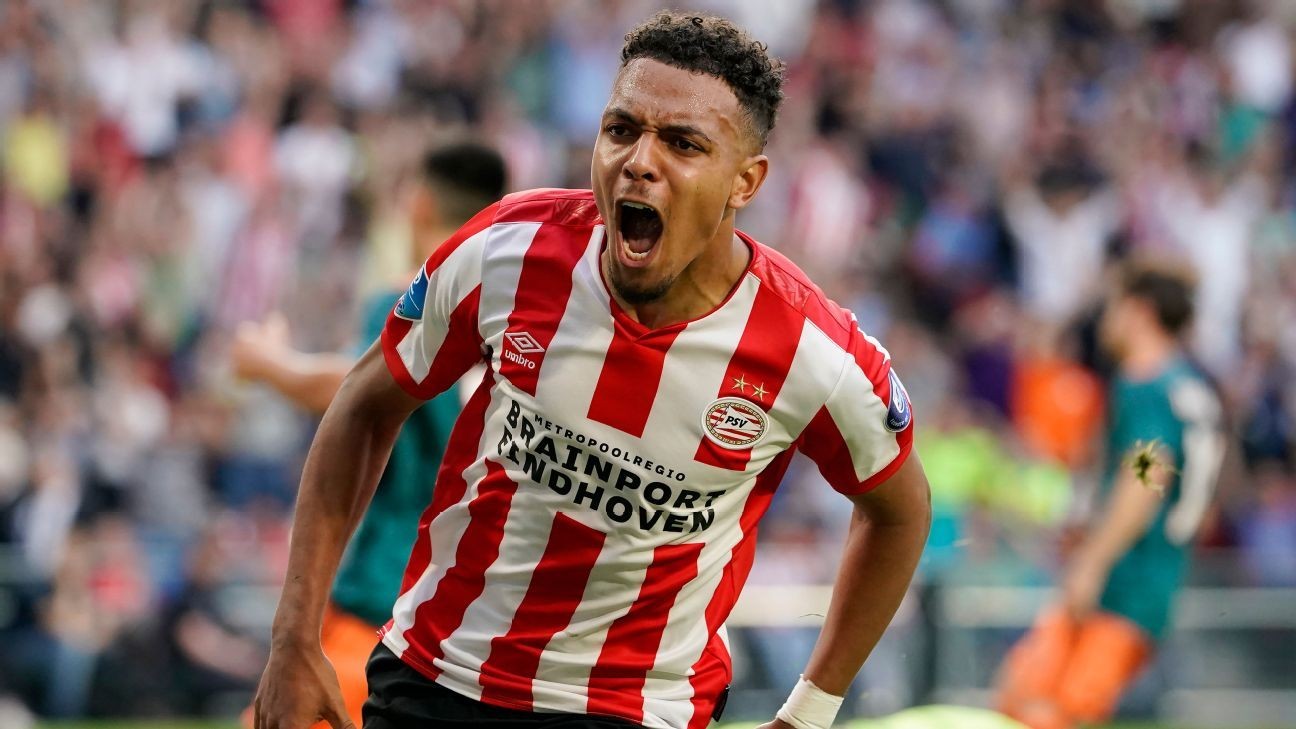 Despite Ronald Koeman stating a few weeks ago that Barcelona would attempt to sign Memphis Depay in January, Mundo Deportivo believes the Barca boss is plotting a plan B, namely PSV Eindhoven's Donyell Malen.

Barca were unable to close a deal to sign Depay from Lyon in the summer and it might prove just as tricky in January, which is why Koeman could be considering the fall-back option of Malen, a 21-year-old who has scored five goals already this season.

Malen has also registered two assists too, and despite his tender age he has also been playing for the Netherlands national team. In fact, Koeman worked directly with Malen while coaching his country, and so he knows first-hand the potential the youngster has in front of goal.

Koeman is hoping he can strengthen his Barca squad in January, though he knows he will have limited funds to work with.

Tariq Lamptey has been in electric form since joining Brighton and Hove Albion from Chelsea in January, alerting interest from Bayern Munich. Yet the Sun reports that the Seagulls are attempting to keep the German giants at bay by offering the defender a huge new contract.

The England U21 star has been arguably Brighton's most consistent player and as well as interest from Bayern. Spanish side Sevilla were also rumoured to be interested in acquiring the youngster's services.

Brighton are keen to keep their star man and to that end have started negotiations on £140k-a-week contract which would extend his current deal, which still has three years to run.

Lamptey has provided two assists in 14 games for Brighton since his switch earlier this year.

Having conducted two swap deals already this year, Barcelona and Juventus could do more business in January 2020, with the Old Lady willing to swap Federico Bernardeschi for Ousmane Dembele.

That's according to Tuttosport, which reports that while the two clubs are preparing to do battle on the pitch on Wednesday night, they could be also preparing to negotiate in the boardroom.

Bernardeschi and Dembele are both coming to end of their respective contracts in 2022. Juve could also be willing to swap Alex Sandro for Junior Firpo, as the two clubs look to freshen up their squads without breaking the bank.

The two European giants have developed a good relationship in 2020, and that could be set to continue if they can continue to do business that benefits both parties.

- El Chiringuito is reporting that Lyon could offer Antoine Griezmann an escape route out of Barcelona and sign the French striker in a swap that would see the aforementioned Depay move the other way. Barcelona are keen to conclude the signing of Depay, and Griezmann has failed to impress since joining the Catalan club from Atletico Madrid.

- The future of Lautaro Martinez appears to be in.... Milan. Tuesday's issue of Tuttosport is suggesting that Inter club chiefs are planning on extending the forward's contract. While the Italians seemed willing to let the striker go for a huge fee and several Barca players in the summer, the outbreak of COVID-19 appeared to impact everyone involved in the deal. And now it would appear as though Martinez is set to stay at the San Siro.