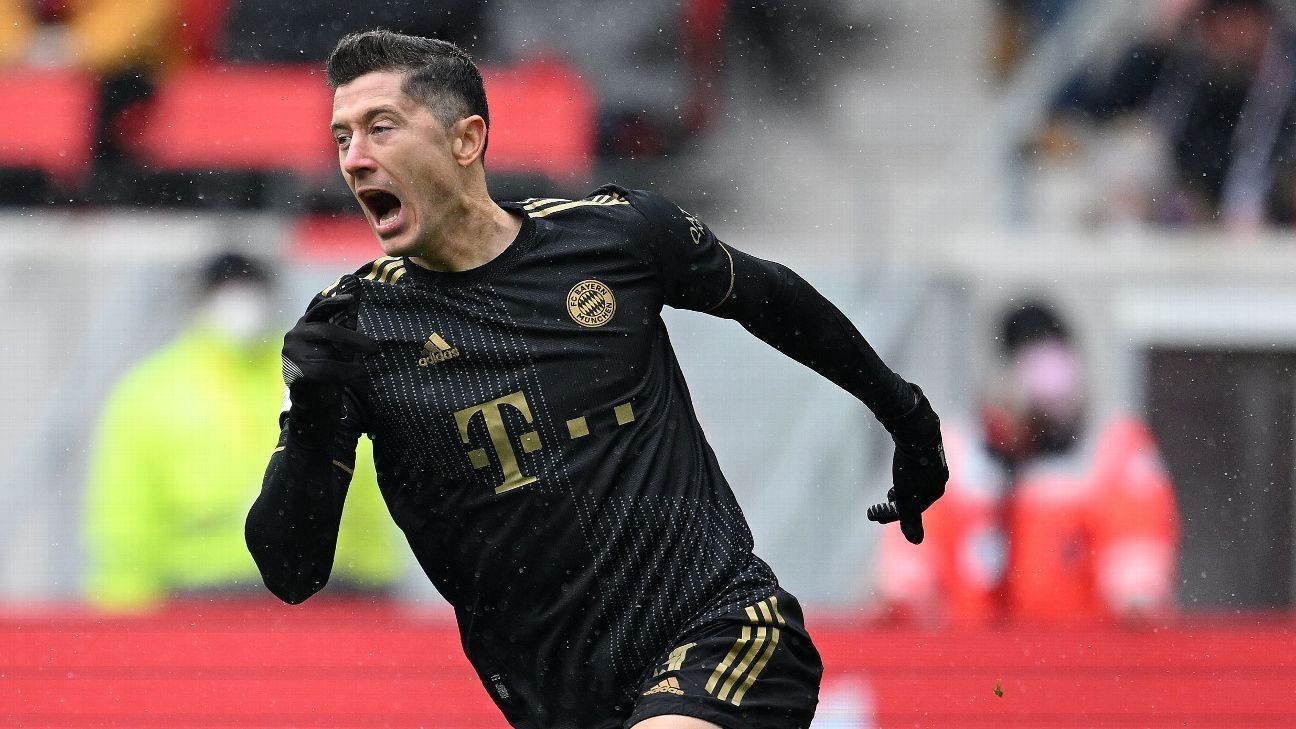 Barcelona have long held an interest in Bayern Munich striker Robert Lewandowski and that has not changed, with Diario Sport offering an update on the situation.

The Blaugrana will be ready to start managing potential incomings in July, when they will have exercised options to give them the financial power to make offers this transfer window.

Is big spending back? What we can expect from the transfer window13dTor-Kristian KarlsenTransfer window preview: Our guide to the biggest deals7dESPNTransfer grades for July 1 deals: Bayern an A for Mane3dJon Molyneux-Carter

Of all the players they have been linked with, Lewandowski is the outright top priority.

Final negotiations have not started yet, but there are considerable differences in the valuations set by the two teams: Bayern want €75 million while Barca aren't willing to go above €40m plus add-ons.

The Catalans feel Bayern's demands are completely out of the market and are settling on €40m due to the player's age and the fact that the Poland international only has one year left on his contract.

It is expected to be a long negotiation process, but there can be encouragement taken from the positive relationship the two clubs have shared.

In addition, it is felt that Lewandowski can no longer continue at Bayern due to the impact he could have on the morale of the squad, while the Bundesliga champions want to sign a striker and will need the funds raised from the Pole's departure to help make the move materialise.

- Lille midfielder Renato Sanches has his heart set on a move to Paris Saint-Germain, as reported by Le Parisien. The Ligue 1 champions have offered €10m for the Portugal international, who is in the last year of his contract, and could beat AC Milan to sign him.

- With Sven Botman set to join Newcastle United, AC Milan are looking elsewhere as they aim to strengthen at centre-back and Calciomercato have reported that Bayer Leverkusen's Piero Hincapie and PSG's Abdou Diallo have come to their attention. Hincapie would be difficult to bring in as the Bundesliga side want to keep the Ecuadorian who is valued at €25m to €30m and also has interest from the likes of AS Roma and Napoli, while PSG are willing to let Diallo leave.

- Serge Gnabry only has one year left on his Bayern Munich contract and the Bundesliga champions are pressuring the winger to sign a new deal by threatening to leave him in the stands if he doesn't sign and stays put, according to Kicker. The Germany international is said to be relaxed about the situation, and while he isn't impressed by this approach he is close to satisfied by their latest contract offer. There has been interest in him from Arsenal among other clubs.

- Internazionale could be willing to let Edin Dzeko leave this summer, with Calciomercato reporting that Gennaro Gattuso wants to bring the veteran striker to Valencia. However, no offers have been submitted for the striker so far and Valencia could be put off by his high salary.

- Mallorca and Young Boys have been in contact with Boavista left-back Ricardo Mangas, according to Ekrem Konur, who adds that no talks have been held with the clubs. Salernitana and Standard Liege are also interested in the 24-year-old, who spent last season on loan with Bordeaux.