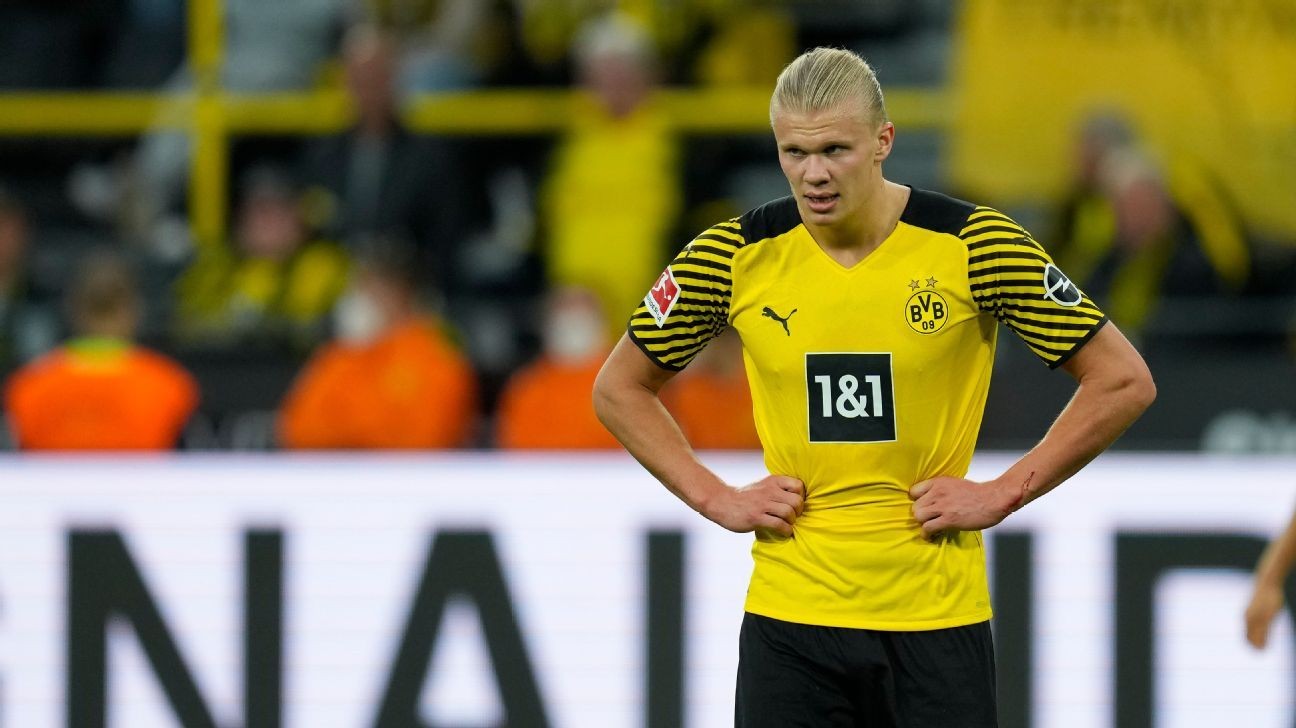 Despite their financial troubles, Barcelona are considering a move for Erling Haaland next summer, according to Mundo Deportivo.

The 21-year-old is available through a £75 million release clause in his contract in the summer. It's a fee the report claims is feasible for the club, however the bigger issue is due to the player's wage demands.

Barca believe they are in with a chance of landing the striker, especially due to how eager he and his agent were to travel to the Camp Nou last year as the forward's entourage took several trips to other European clubs.

It has been reported that Barcelona also have €20m to use in order to recruit in January, but they may have to hold onto that to be able to sign Haaland in the summer.

The player's agent, Mino Raiola is expected to ask for €20m-a-year on Haaland's contract, a demand that they may struggle to meet compared to the initial release clause.

The Norway international joined Borussia Dortmund in 2020 from FC Salzburg and has shown a lethal streak up front in the Bundesliga. This season alone, he has scored seven goals with four assists in five appearances, bagging 47 goals in 48 competitive appearances for the club on the whole.

- Barcelona will have to start from scratch in renewal talks with Sergi Roberto as discussions halted between the parties. According to Mundo Deportivo, talks had stopped between the player's agent and the club. The youngster's current deal expires next summer and he can discuss deals with clubs abroad in January.

- Newcastle United are eyeing Wales international duo Aaron Ramsey and Gareth Bale, according to journalist Ekrem Konur. Real Madrid are said to be unlikely to renew Bale's contract which expires at the end of the season, meaning a move back to the Premier League is an enticing option. As for Ramsey, Juventus are looking at a potential midfield reshuffle, with the 30-year-old seen as an option to move on.

- Juventus are hoping to beat their rivals by offering Weston McKennie in a potential deal for Aurelien Tchouameni, writes Calciomercato. The Monaco midfielder has been linked with a host of top European clubs, however the Old Lady need to move players on in order to sign anyone in the midfield, with McKennie viewed as one of the players who is free to leave.

- Juventus winger Federico Chiesa is now valued at over €100m by the club amid links to other teams in the past few weeks. According to Gazzetta dello Sport, the Italy international is rated highly by the club just under a year after his debut for the Serie A side. The 23-year-old has been heavily linked with Liverpool, Chelsea and Real Madrid in the past with Juve still hoping to build a future around the winger.

- Real Betis are set to extend the contract of youngster Rodri Sanchez, according to AS. The 21-year-old attacking midfielder has impressed since breaking into the first team and is set to sign a new deal until 2026 with a €40m release clause.