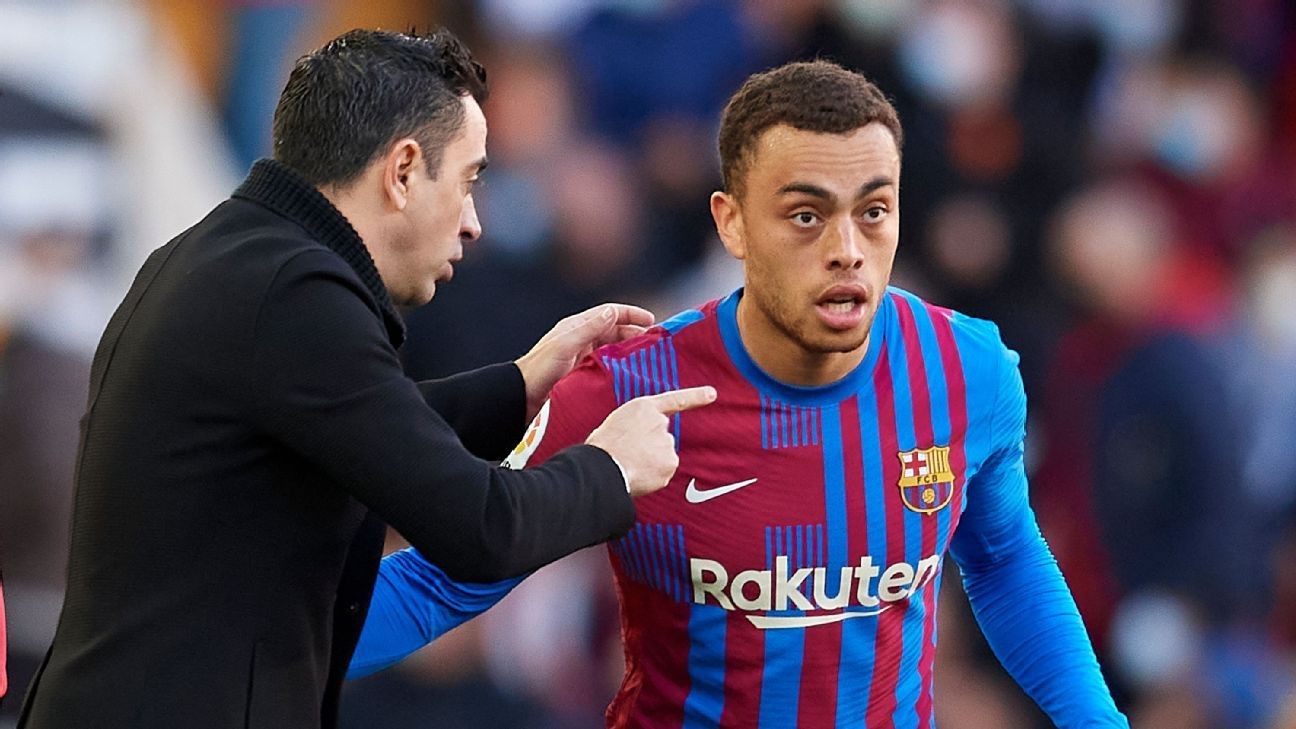 Barcelona could be willing to accept €25 million for United States full-back Sergino Dest, as has been reported by Marca.

It is felt within the Blaugrana that the right-back position is an area for improvement, so they are willing to let Dest go in order to make that happen.

This stance comes despite Xavi Hernandez feeling that the 21-year-old has made positive strides in recent months and has great potential.

While he doesn't have a large salary compared to his teammates, offloading Dest would take €12m off the balance sheet.

His possible departure would be made even more likely if Cesar Azpilicueta joins Barca when his Chelsea contract ends in June, as has been previously reported. Sergi Roberto and Dani Alves could both stay even if Azpilicueta joins, paving the way for Dest to leave.

With that said, Barcelona are prioritising the signing of Azpilicueta before moving Dest on.

There has been plenty of interest in Dest in the past, especially before he joined Barcelona from Ajax Amsterdam in 2020. Linked clubs have included the likes of Bayern Munich and Chelsea, who could reignite that interest.

- According to Guillem Balague, Real Madrid president Florentino Perez has told players that Paris Saint-Germain forward Kylian Mbappe will not be joining them. The development comes as sources have told ESPN that has been "nervousness and confusion" over Madrid's chances of signing Mbappe. The France star is expected to announce his decision this weekend.

- Leeds United winger Raphinha could be of interest to Manchester United in the summer, according to The Telegraph. While the Red Devils are monitoring the situation, with Leeds possibly one game away from relegation, they are aware that the intense rivalry between the two clubs could get in the way of any deal. There has also been reported interested from Barcelona and West Ham United.

- Despite interest from West Ham United, Calciomercato are reporting that Udinese's Gerard Deulofeu wants to stay in Italy with Napoli and AC Milan possible options. Napoli looked at the Spaniard back in his Watford days and their interest could gain momentum in the coming weeks. Udinese want around €15m.

- Calciomercato have also reported that Lazio could be willing to offload Luis Alberto in the summer window, though they won't accept anything under €40m. The player himself wants to return to Spain, with Sevilla having been mentioned. Lazio will lose Lucas Leiva when his contract ends this summer, while Sergej Milinkovic-Savic is also expected to depart, so they could need to rebuild a whole midfield.

- Lille have announced that Xeka will leave the club when his contract ends in June, making him free to join another club. There is better news when it comes to Jose Fonte, though, with it being stated that the centre-back is staying with the club for one more year.

- Paulo Dybala, who will leave Juventus at season's end, has been linked to Internazionale but AS Roma legend Francesco Totti said he hopes the Argentina star considers the capital club. When asked by Sky Sports Italia about Dybala, Totti said: "We will be in Milan for the [Samuel] Eto'o [Integration Heroes] match and we will play together, so I can give him some advice. We hope to succeed."