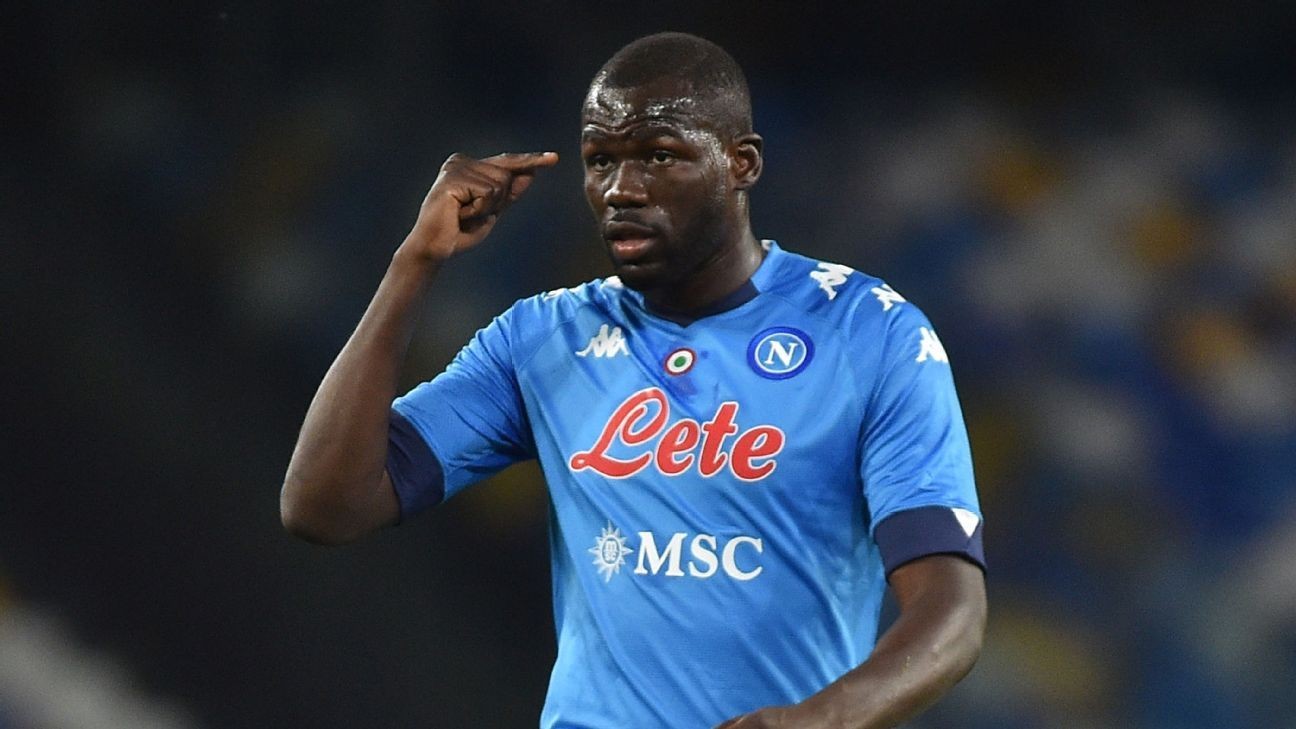 Bayern keen for Koulibaly to set up dream duo

Koulibaly, like Upamecano, has been one of the most sought-after defenders in recent seasons. Koulibaly has been tracked by both Manchester United and Manchester City, and has featured in the Serie A team of the season four years in a row.

The £39m bid is believed to be less than Napoli are seeking, but they could be forced to agree to the move given the financial ramifications of the coronavirus.

Bayern confirmed the signing of Upamecano from RB Leipzig in February, and the £38.5m signing will join the club in July.

Kalidou Koulibaly has been on the radar of several big clubs. Franco Romano/NurPhoto via Getty ImagesMan United want Varane in the summer

Manchester United are eyeing a move for long-term target Raphael Varane in the summer, according to the Daily Express.

The Frenchman's existing contract at Madrid runs out in 2022, which means United's best chance of signing him comes at the end of this season, when Madrid would receive a fee for the central defender.

Varane could be available for £50m, although Madrid may feel they can hold out for £70m given the dearth of top -- and available -- defenders in Europe.

Varane has won every trophy available to him in Spain and may feel it's time to try his luck somewhere new.

Varane has come close to joining United before, but Madrid boss Zinedine Zidane has hinted he would like the player to stay at the Bernabeu, particularly given there is uncertainty over the future of Sergio Ramos.

Pep Guardiola has seemingly admitted that Eric Garcia will move to Barcelona in the summer.

Garcia's contract is due to expire at the end of the current season and Barcelona have made it no secret that they would like to resign the player who left them to join Guardiola at Manchester City in 2017.

Speaking to reporters, Guardiola explained Garcia is "like a son" to him and added "I think he's going to play in Barcelona and he is a top player."

Garcia impressed for Manchester City last term, which Guardiola admits has made it hard leaving him out this season.

Barcelona coach Ronald Koeman urged Barca officials to go for Garcia in January, but the club was unable to secure the finances for him.

- Newcastle United midfielder Kyle Scott has travelled to the U.S. to try and earn a move with FC Cincinnati, reports the Sun. The 23-year-old joined Newcastle from Chelsea on a two-year deal at the start of the 2019-20 season, but he is yet to make an appearance for the Magpies. Cincinnati boss Jaap Stam is keen to take a look at the youngster with a view to signing him ahead of the new season.

- Reading defender Omar Richards will join Bayern Munich in the summer, reports the Daily Mail. The left back has already passed a medical and will sign on a four-year deal. Richards is out of contract at the end of the season and now, after having completed his medical in the UK because of COVID restrictions, he'll move to Germany in the summer. Bayern are also keen on Norwich City's Max Aarons.