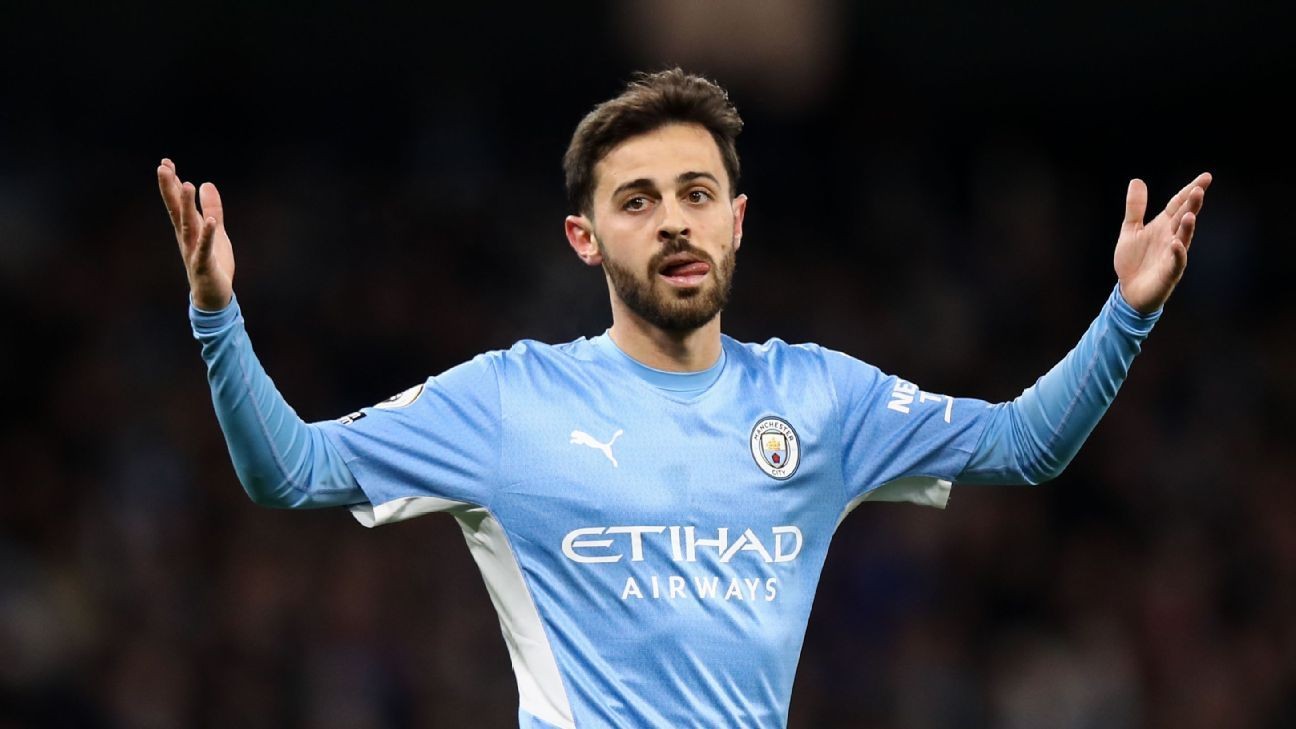 Bernardo Silva has informed his agent that he would like to join Barcelona this summer, reveals Sport.

After joining Manchester City in 2017, the 27-year-old midfielder is reported to be looking for the next chapter of his career, and he is keen to make the switch to the Camp Nou after they revealed their interest in him this summer.

Transfer grades: Tottenham an A- for Richarlison2dJon Molyneux-CarterTransfer window preview: Our guide to the biggest deals12dESPNWomen's Euros big questions: England or Spain to win it all? Or will Netherlands, Germany go on a run?4dBill Connelly

Negotiations are set to take place in the coming weeks as the Blaugrana look to strike a deal with the Premier League champions, though Pep Guardiola's side are currently looking for a minimum of €100 million to part ways with the Portugal international.

Barcelona manager, Xavi Hernandez, has made him a priority target this summer, as talks continue over a potential deal involving Frenkie De Jong and Manchester United, and it looks as though Silva has been identified as his replacement.

- AS Monaco are looking to make a move for Switzerland forward Breel Embolo, reports Foot Mercato. The 25-year-old has recently been tracked by Lyon, but having already completed a move for Takumi Minamino, Monaco are hopeful of taking advantage of Embolo's contract situation, with just 12 months left on his deal with Borussia Monchengladbach. He scored eight goals in 28 league appearances last season.

- Discussions are set to continue between AC Milan and Chelsea for the signature of Hakim Ziyech, reveals Fabrizio Romano. It is reported that Thomas Tuchel is willing to allow the 29-year-old attacking midfielder to leave Stamford Bridge this summer, with Ziyech open to making the switch to the Serie A champions.

- Alessio Romagnoli is set to wait for Lazio to finalise a move for him despite receiving an offer from Fulham, writes Calciomercato. The 27-year-old centre-back is a free agent after his deal expired with AC Milan, and it is understood that while the Cottagers have proposed a four-year contract to him worth €4m per season, he plans to wait to continue talks with Maurizio Sarri's side.

- Denzel Dumfries wants to stay at Internazionale this season despite interest from across Europe, understands Calciomercato. The 26-year-old wing-back has attracted interest from Chelsea, Manchester United, and Bayern Munich in recent weeks, though the latest suggests that he wants to continue in the Serie A with the Nerazzurri, after an impressive campaign last season saw him contribute to nine goals in 33 league appearances.

- Valencia forward Maxi Gomez is set to complete a U-Turn on his plans to leave the club, after a positive meeting with manager Gennaro Gattuso convinced him to stay at the Mestalla, according to Mundo Deportivo. Atletico Madrid have been linked with the 25-year-old in recent weeks, but it looks as though the Uruguay international is now keen to get back to preseason under Los Che's new head coach.