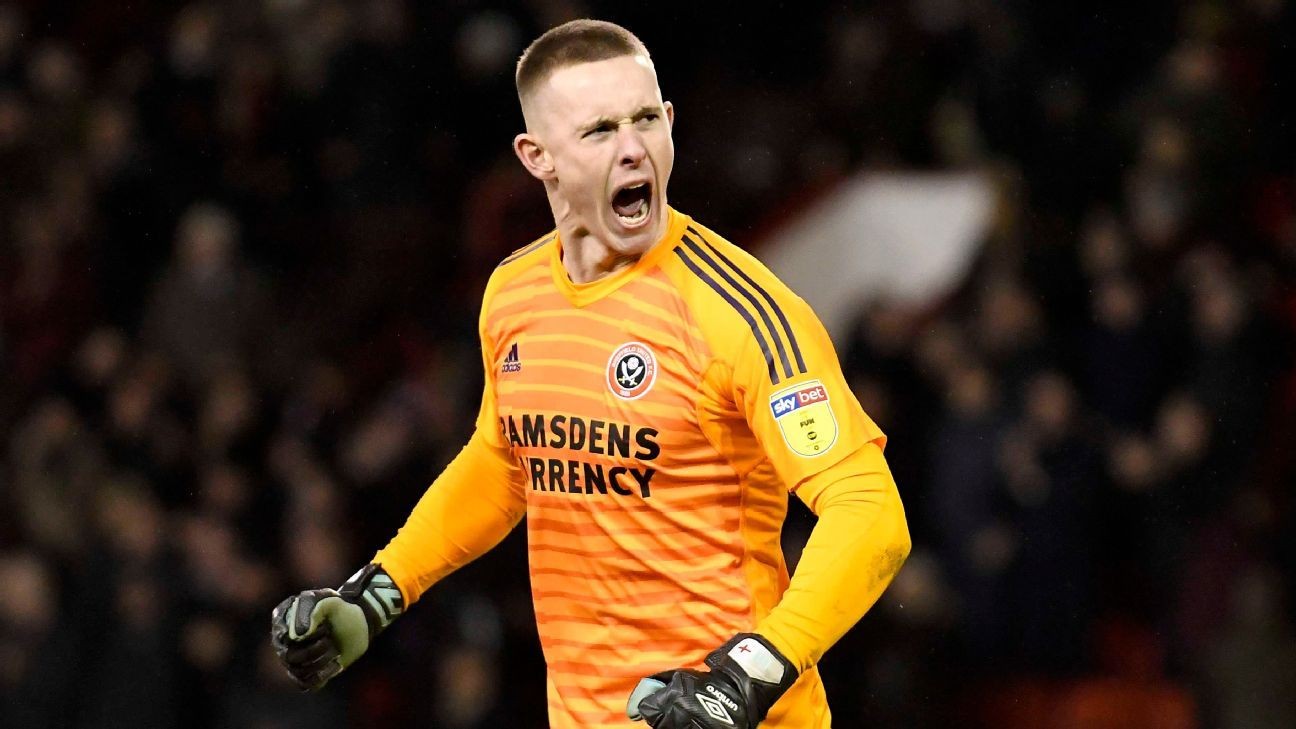 Chelsea have stepped up their interest in goalkeeper Dean Henderson and are ready to tell Manchester United to name their price for current Sheffield United loanee, the Express reports.

Red Devils boss Ole Gunnar Solskjaer recently said he one day wants Henderson to be the club's No. 1, but admitted that won't happen next season with the highly-rated keeper set to go out on loan against next term. On Sunday, Solskjaer reiterated that David de Gea will remain his first choice between the sticks for the foreseeable future.

That could frustrate Henderson, while Chelsea manager Frank Lampard has grown impatient with Kepa Arrizabalaga who has endured a tough season at Stamford Bridge.

Kepa, 25, became the world's most expensive goalkeeper when he made the switch from Athletic Bilbao for £71.6 million, but has since struggled to justify his substantial price-tag.

Henderson has impressed by recording 12 clean sheets in 32 appearances in his debut Premier League season.

However, the London-based club will likely face heavy competition -- including from the Blades -- while United are reluctant to part with the 23-year-old.

Lovren is one of a flurry of players to have made the switch to Anfield from fellow Premier League side Southampton in recent years having joined the Reds for £20m in 2014.

The 31-year-old has fallen down the pecking order in recent seasons with Joe Gomez, Joel Matip and Virgil van Dijk all preferred by Jurgen Klopp, while Lovren has been restricted to just 10 league appearances this season

Now the Russian champions are said to be keen to sign the Croatian defender, with Liverpool understood to be willing to part ways for the right price.

Lovren has made 185 appearances for the Merseyside club in all competitions, scoring eight times.

Chelsea winger Willian's future remains very much up in the air, but one place the Brazilian won't be heading is Inter Miami CF, the Telegraph reports.

Willian, has been in fine form of late with six goals in his last nine appearances for the Blues across all competitions, but he has been linked with a whole host of clubs in recent months, including Premier League rivals Manchester United and Tottenham Hotspur.

He is out of contract at Stamford Bridge this summer and Inter Miami -- co-owned by David Beckham -- were keen to make the player one of their marquee signings on a deal worth more than £ until 2023.

However, the 31-year-old's preferred choice is to stay in England with the Champions League also likely to be a key factor in his decision.

- Wolverhampton Wanderers manager Nuno Espirito Santo is yet to commit to an extension at Molineux, despite the Mirror earlier reporting that an agreement was close. Speaking after Sunday's win over Everton, Nuno told reporters: "It's not true, I still have one more year of [my] contract. I have seen the stories."

- Celtic defender Jack Hendry is set to complete a season-long loan-deal to Belgian side KV Oostende on Monday, the Daily Record reports. The Scotland international's time with A-League club Melbourne City was cut-short by injury but the 25-year-old is said to be determined to reignite his career.