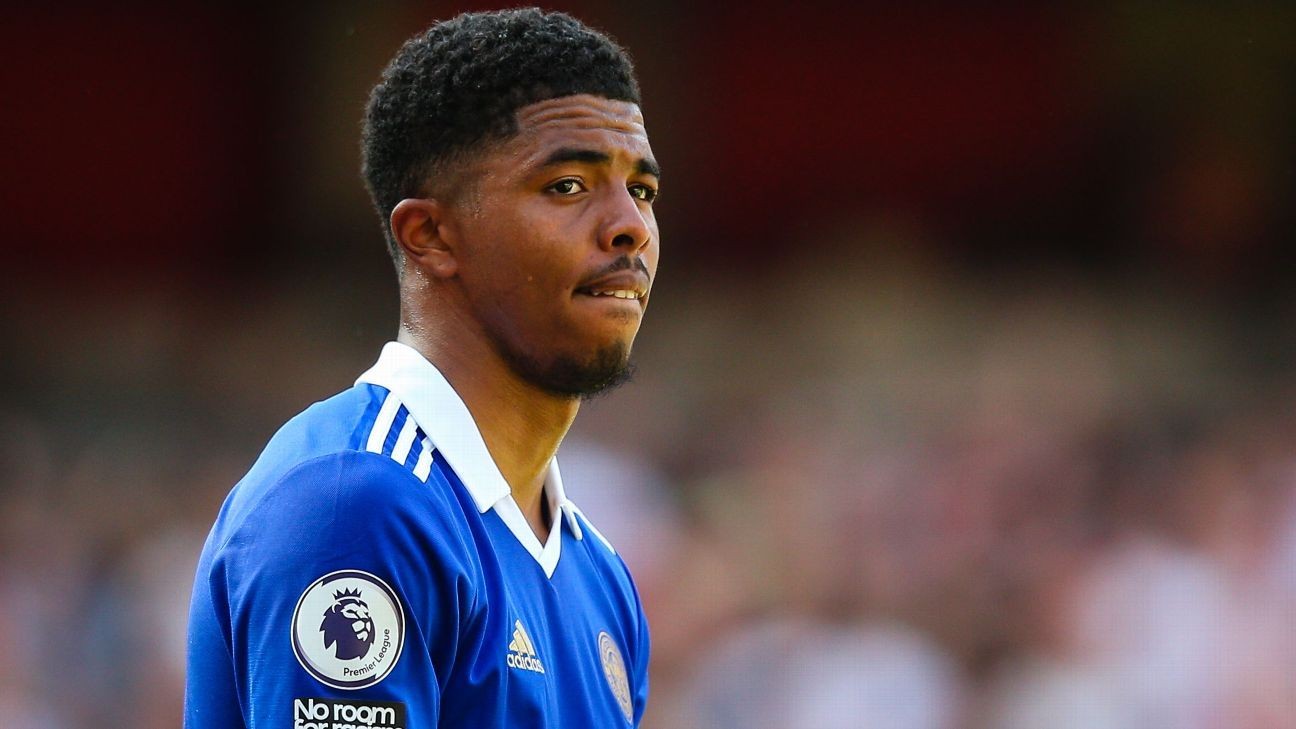 TOP STORY: Leicester holding out for £80m for Fofana

Chelsea have agreed personal terms with Wesley Fofana, but their move for the centre-back might be scuppered by Leicester City's demands of an £80 million transfer fee.

The impact of Messi's Barcelona exit, one year later7dSam Marsden and Julien LaurensWhat do the big Premier League clubs have to sort before transfer deadline?11dESPNBarca signing Kounde ahead of Chelsea is a coup for the club and LaLiga12dGraham Hunter

The Daily Mail reports that while Thomas Tuchel's side have made offers of £60m and £65m for the 21-year-old, the Foxes are not willing to let the France international leave for anything less than £80m -- the world record for a defender.

Fofana is just one of several Leicester players who are rumoured to be leaving King Power Stadium, with midfield maestro James Maddison reportedly on Newcastle United's radar and Youri Tielemans being tracked by Arsenal. All three players started in Saturday's 4-2 loss to the Gunners, and it remains to be seen if they will be part of Brendan Rodgers' squad once the transfer window closes.

RB Leipzig centre-back Josko Gvardiol has been touted as a potential alternative if Chelsea and Leicester cannot agree terms for Fofana.

09.00 BST: Xavi Hernandez says Barcelona still need to strengthen their squad after opening the season with a disappointing 0-0 draw against Rayo Vallecano at Camp Nou on Saturday.

Barca handed debuts to four of their five summer signings against Rayo, with Robert Lewandowski, Raphinha and Andreas Christensen all starting. Franck Kessie came on in the second half.

All four of them were registered with LaLiga on Friday after the club sold 24.5% of Barca Studios to take the total raised from asset sales this summer to over €700m.

Jules Kounde has not yet been registered and won't be until Barca create more salary space, but the Blaugrana are pursuing further signings, with Marcos Alonso, Bernardo Silva and possibly another right-back all wanted.

"I've already said we have to keep strengthening and we have time until Aug. 31 [when the transfer window closes]," Xavi said in his post game news conference. "But I don't want to use that as an excuse [for the Rayo result]. I understand the disappointment, expectations are really high. We will have to analyse the game, improve and keep believing in the model of play.

"Rayo defended well. It was harder for us to create [chances] than usual. It's a shame because we wanted to show the fans that we're on a good path. It's disappointing, but we ask for patience."

Steve Nicol speaks about Manchester City's 4-0 win over Bournemouth in the Premier League.

- Manchester City will not only sign Anderlecht left-back Sergio Gomez for £11m, but also will make a play for Arsenal's Kieran Tierney. That's according to the Mail, which says Pep Guardiola's side are yet to make a formal bid for the Scotland international but are "monitoring the situation."

- Xavi Hernandez insisted that Frenkie de Jong is an "important" Barcelona player after Saturday's 0-0 draw with Rayo Vallecano, but that hasn't stopped the Metro from reporting that the Netherlands international is on his way to Manchester United. The outlet says that the 25-year-old has told his Barca teammates that he'll likely move to Old Trafford.

- Marcus Rashford's future at Manchester United remains clouded, with various reports either linking the attacker with a move or insisting he will stay put. The Sunday Times says that Paris Saint-Germain want Rashford to be the long-term partner for Kylian Mbappe, while the Mail says that Erik ten Hag has no interest in moving the England striker on.

- Fabrizio Romano says that Barcelona's Memphis Depay is edging closer to a move to Juventus. Talks are reportedly in "key stages" as the former Lyon and Man United man looks for a way out of Camp Nou.