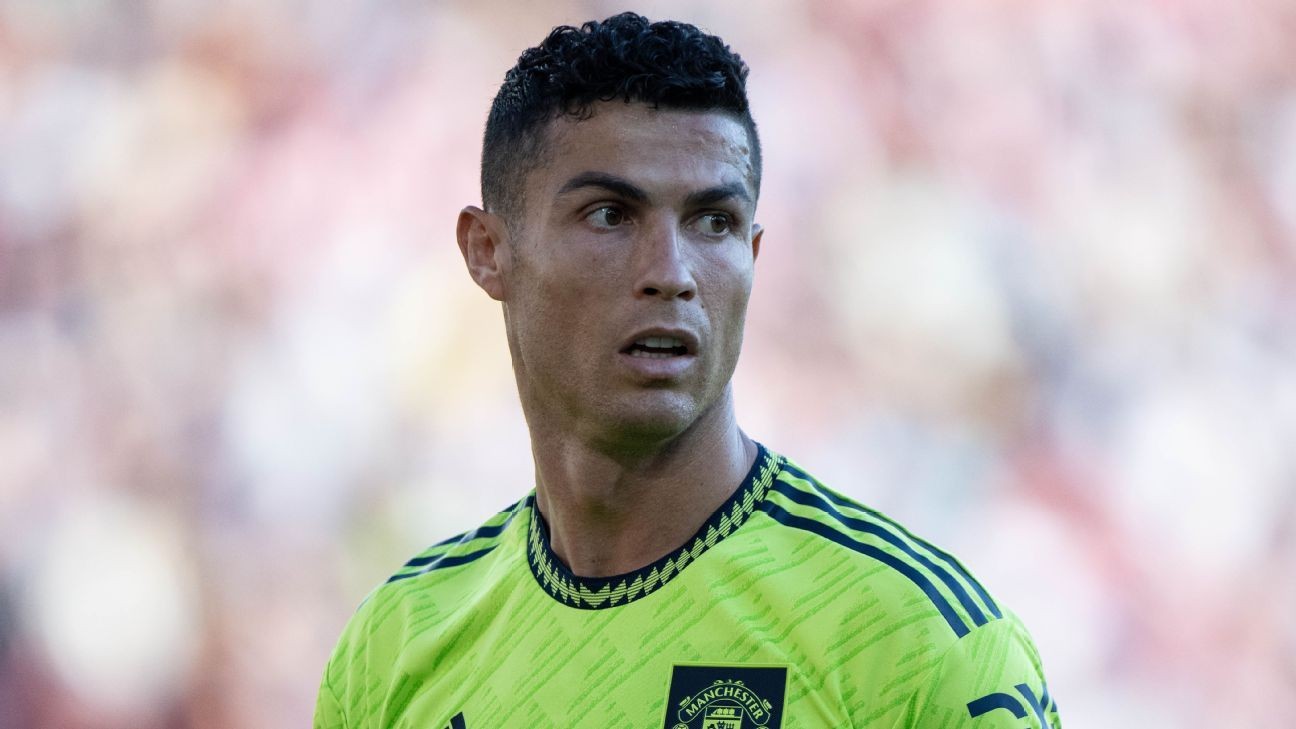 Cristiano Ronaldo is pushing for a move from Manchester United to Borussia Dortmund, according to Bild.

As time ticks down on the remainder of the transfer window, the 37-year-old striker has informed his agent Jorge Mendes to land him a move to the Bundesliga club, who can offer him Champions League football this season.

Despite Ronaldo calling speculation over his potential departure "lies," it seems as though the Portugal star is intent on leaving Old Trafford this summer. It is reported that the ex-Real Madrid and Juventus star sees Dortmund as one of his final options, with an eye on being the first player in history to win a domestic title in each of Europe's four major leagues.

Dortmund, who are currently in contact with Ronaldo's representatives, are considering whether to table an official proposal to the Red Devils, with BVB manager Edin Terzic eyeing another striker after Erling Haaland's €60 million exit to Man City.

The club recently signed Anthony Modeste from Cologne following Sebastien Haller's diagnosis of a testicular tumor that will cause him to miss several months.

08.44 BST: The head of the Danish Players' Association, Michael Sahl Hansen, has branded Barcelona's treatment of his compatriot Martin Braithwaite as "shameful" and "unreasonable."

Braithwaite, 31, is under contract with Barca until June 2024, but the Catalan club are desperate to offload the striker this summer and he was not included in the squad for their summer tour.

"The treatment that Martin is experiencing is completely unreasonable," Sahl Hansen said. "Something that probably lies somewhere between bullying and harassment. It is shameful how FC Barcelona is trying to force him out of his contract, out of his employment. A player who came to their rescue when they were pressed is now disgraced. Where is the decency?"

Sahl Hansen added that Braithwaite has his full support.

"Legally, we cannot do anything to help Martin," he said. "FC Barcelona has not violated any legal rules. The moral ones are a different conversation. Regardless, Martin has our full support.

"A contract is a contract. And FC Barcelona and Martin have signed each other for two more years. Martin must continue to fulfil his part of the agreement. And so must FC Barcelona. And by the way, it would suit one of the world's biggest clubs to treat their players with greater respect."

08.19 BST: The Athletic reports that Chelsea are ready to send defender Trevoh Chalobah out on loan.

Chalobah, 23, was left out for Chelsea's first two games of the 2022-23 season and wants to depart for more game time.

There is interest from a couple of Premier League and Serie A clubs but Chelsea don't want him to leave on a permanent deal.

08.00 BST: Casemiro is weighing up whether to accept an offer to join Manchester United or to continue his career at Real Madrid, sources have told ESPN.

The Brazilian midfielder wants to make a decision before the end of the week. Sources have told ESPN that a meeting took place on Wednesday evening between Casemiro's entourage and Real Madrid, with a transfer fee of €60m plus €10m in add-ons and a four-year deal on the table.

Casemiro, 30, will also speak to Madrid coach Carlo Ancelotti to learn more about the role he would have in the team following the arrival of Aurelien Tchouameni. The former Monaco midfielder started ahead of Casemiro in Madrid's opening LaLiga game of the season against Almeria on Sunday.

According to sources, Ancelotti wants Casemiro to remain at the Bernabeu but will accept whatever decision is taken by the club and the player.

- Barcelona are continuing their search for a right-back with interest in Achraf Hakimi, reveals El Chiringuito. The Blaugrana hierarchy have been searching for an alternative signing after missing out on Chelsea's Cesar Azpilicueta, and the 23-year-old Paris Saint-Germain star has now been identified as an ideal candidate, having already picked up experience in LaLiga during his time playing for Real Madrid. However, as one of the world's top defenders, he could cost over €80m.

- Asmir Begovic has been identified as a possible option for Manchester United as a back-up goalkeeper, reports the Telegraph. United have been on the lookout after Dean Henderson left Old Trafford to join Nottingham Forest on loan, and the 35-year-old Everton keeper is reportedly at the top of the list.

- Marseille are interested in acquiring Ruslan Malinovskyi, according to Fabrizio Romano. The French club are eyeing the 29-year-old Atalanta attacking midfielder, and it is reported that Cengiz Under could be involved as part of a player-exchange deal. The Ukraine international is interested in leaving the Serie A side with eyes on a new challenge.

- With sources telling ESPN that Casemiro is mulling a move to Manchester United, Bruno Guimaraes has been identified as his potential replacement at Real Madrid, according to AS. The 24-year-old midfielder is believed to be an ideal candidate by Madrid, but joined Newcastle United from Lyon in January for a fee of £40 million. Furthermore, his contract isn't set to expire until the summer of 2026.

- Memphis Depay's potential move to Juventus could progress as the Bianconeri look to advance negotiations by voiding some of the bonuses remaining on their previous deal with Barcelona for Miralem Pjanic, writes Calciomercato. Massimiliano Allegri's side have already agreed personal terms on a two-year contract worth €6m-per-season with the 28-year-old Netherlands international forward.