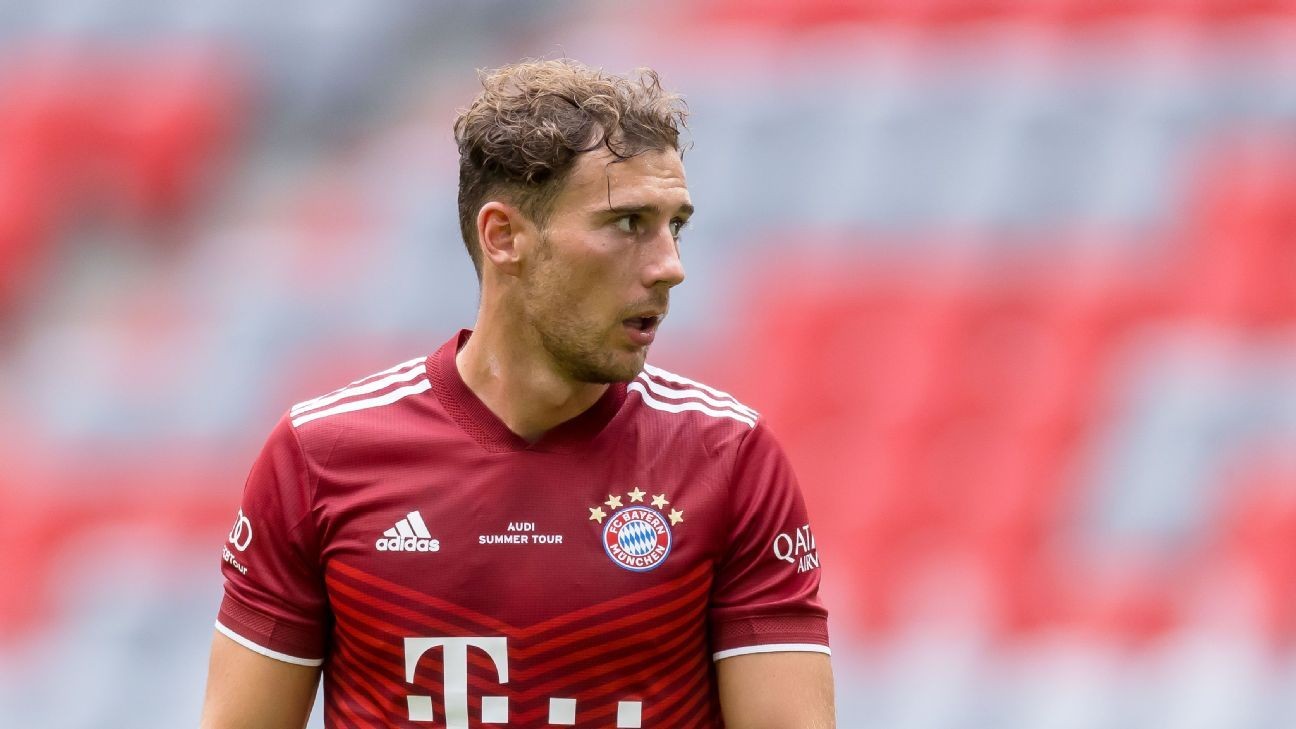 Manchester United are eyeing a move for Bayern Munich midfielder Leon Goretzka, according to the Daily Mail.

United have been contemplating a number of big midfield targets in case Paul Pogba leaves, and Goretzka is one of several options also including Saul Niguez and Eduardo Camavinga.

United have already added Jadon Sancho and Raphael Varane to their squad in what has been a busy, and successful, summer so far in the transfer market.

However, the bad news for Red Devils boss Ole Gunnar Solskjaer is that it is believed Goretzka would prefer to stay in Germany and extend his contract beyond 2022, rather than move to Old Trafford.

The influential Goretzka has won 10 trophies since joining Bayern from Schalke in 2018, including three Bundesliga titles and one Champions League.

Munich manager Julian Nagelsmann is new to the Bayern hotseat, and is optimistic he can persuade the Germany international to stay at the Allianz Arena for the next few years.

- West Ham United manager David Moyes is looking to add defensive cover to his squad and, while Chelsea's Kurt Zouma is high on his list, a move for Fiorentina centre-back Nikola Milenkovic appears more likely, according to Sky Sports. A bid for Zouma could mean West Ham having to find £25 million, plus his wages, while Milenkovic in contrast only has one year left on his contract, which means the 23-year-old Serbia international is likely to be the more cost-effective -- and easier -- move.

- Striker Joshua Zirkzee is on the verge of joining Anderlecht on loan from Bayern Munich, with the move expected to be announced next week, according to Fabrizio Romano. Italian side Hellas Verona were also said to be keen, but Vincent Kompany's team have raced ahead in the battle for his signature. Negotiations between Anderlecht and Bayern are at the final stages, with a loan move until June 2022 close to being agreed.

- Davinson Sanchez is in talks over a move to Sevilla, according to an interview with his agent Nestor Villarreal and Colombian radio station, Caracol. Sanchez, 25, has fallen down the pecking order at Tottenham Hotspur and, despite the departure of Toby Alderweireld, Sanchez appears keen to join Julen Lopetegui's side. It is thought the Spaniards are keen on the central defender as a potential replacement for Jules Kounde, who is rumoured to be leaving, potentially to Chelsea. Tottenham, meanwhile, are pursuing Cristian Romero from Atalanta in a move that would surely limit Sanchez's chances.

- Crystal Palace are hoping to sign winger Ademola Lookman on loan for the season from RB Leipzig, according to the Sun. New manager Patrick Vieira is looking to strengthen his squad and has identified Lookman as one of his targets, though the 23-year-old is also attracting interest from Burnley and Watford. Leipzig are looking for a £3.5m loan fee, plus wages of £50k-a-week which, while too much for the Clarets and Hornets, is within Vieira's budget. Lookman enjoyed a successful season on loan at Fulham last season, playing 34 league matches.

- Arsenal and Liverpool want midfielder Manuel Locatelli in light of the news that Juventus are struggling to meet Sassuolo's £34m asking price, according to Sky Italia. The Gunners have been tracking the 23-year-old for well over a year while Liverpool are on the lookout for a replacement for Gini Wijnaldum. Juventus and Sassuolo officials have met three times in an effort to facilitate a move, but they are yet to reach an agreement. This has put both Arsenal and Liverpool on high alert.

- Barcelona continue to try and freshen up their squad and it appears as though defender Samuel Umtiti has agreed to leave on loan, though he has stated he wants a top club, according to Sport. The French defender has stipulated that he would like to choose his next destination, and that is likely to be a Champions League club or a side with a chance of challenging for silverware. The 27-year-old's chances of playing regularly at Camp Nou next season appear to be very slim.