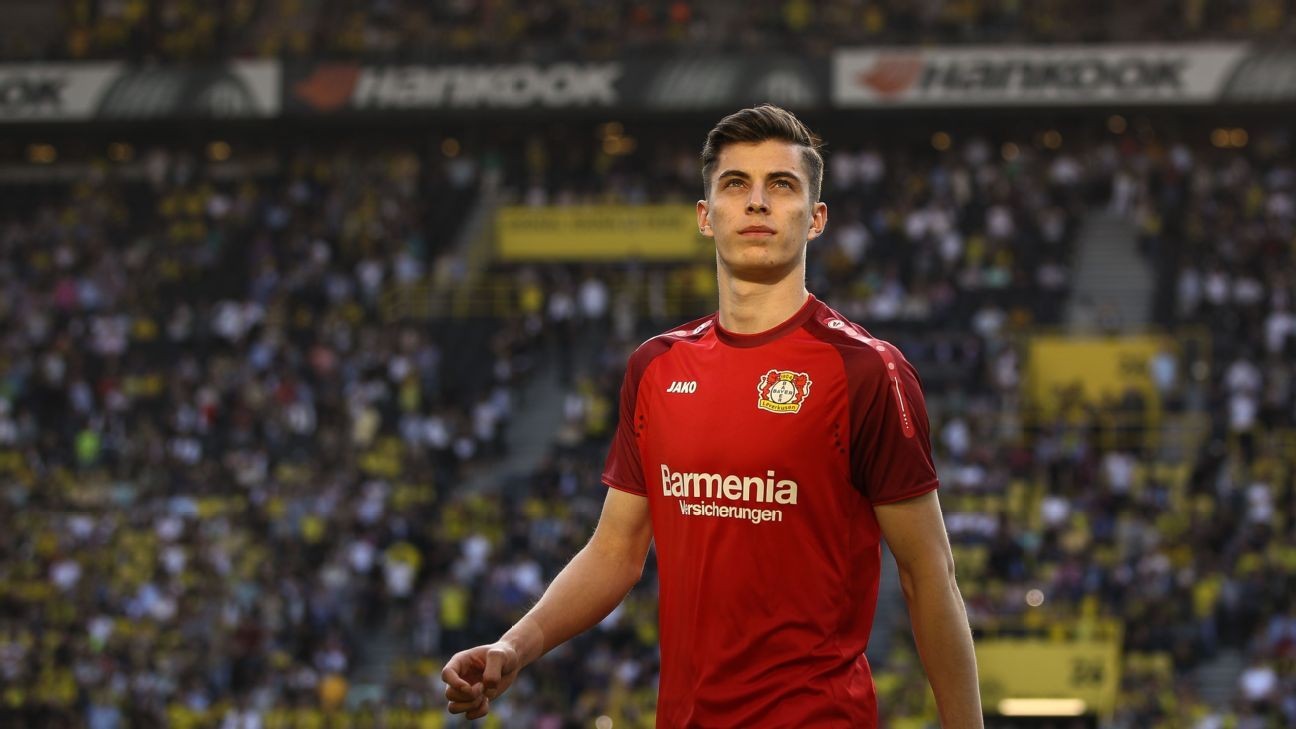 Bayer Leverkusen star Kai Havertz is among a bevy of youngsters who is hoping for an offer from Real Madrid, according to Marca.

The German star has a contract that runs until 2022 but reportedly has shown no interest in renewing his deal.

Sources told ESPN on Wednesday that Chelsea are pushing through for a deal for Havertz, but it is suggested within Marca's report that he has his heart set on a transfer to Los Blancos.

Bayern Munich have already pulled out of the running, with several other clubs reluctant to commit such significant funds on one player.

Real Madrid retain an interest but have not yet shown a willingness to make a formal offer. The Spanish giants have been hit financially by the coronavirus outbreak, and may need to rethink their strategy, but it is clear that they still have the attention of some of Europe's best young talent.

Paris Saint-Germain have joined Real Madrid and Barcelona in the pursuit of Arsenal midfielder Matteo Guendouzi, according to le10sport.

The Frenchman has not played a game for Mikel Arteta's side since their 2-1 loss on June 20 against Brighton & Hove Albion, in which he grabbed matchwinner Neal Maupay by the throat.

Guendouzi escaped a Football Association charge for his conduct but questions have arisen about his character, meaning the 21-year-old could be set to leave the Emirates. Nonetheless, the club has expressed its desire for Guendouzi to stay after having a stern chat with him.

This doesn't seem to have put other clubs off though, with prestigious names waiting to see how this scenario unfolds. It has been suggested within the report that Guendouzi could be allowed to leave for a fee of up to €35 million.

Arsenal may be looking to keep hold of their striker, Alexandre Lacazette, but Calciomercato have suggested that Juventus are looking to take him away from North London.

It has been claimed that the Italian giants have already begun conversations with Lacazette's agents, with the Frenchman unhappy about the lack of starts he has been given this campaign.

Juventus see the 29-year-old as an alternative option to Napoli frontman Arkadiusz Milik, who is also being watched by Atletico Madrid.

Lacazette's contract with Arsenal runs until the summer of 2022, with the Gunners trying to extend the stay of both him and Pierre-Emerick Aubameyang.

- Midfielder Niklas Dorsch missed out on promotion to the Bundesliga with Heidenheim, but he could still be taking a step up, according to Sky Germany. It is suggested that Belgian outfit KAA Gent are looking to sign the 22-year-old, who has a release clause of €3.5m in his contract. The move would see him join a club who are due to play in the Champions League qualifiers.

- Salomon Kalou is open to moving to Brazilian side Botafogo, reports Fogaonet. The former Chelsea man has spent the current campaign with Hertha Berlin, but it seems as though he is destined to leave the Bundesliga club. A deal has not been signed but the Ivorian has responded positively to advances from the Rio de Janeiro club.

- Anthony Knockaert's loan move from Brighton to Premier League hopefuls Fulham has been made permanent. The winger has signed a contract that will see him playing at Craven Cottage until 2023, with the 28-year-old having recorded four goals and five assists across all competitions so far this term.