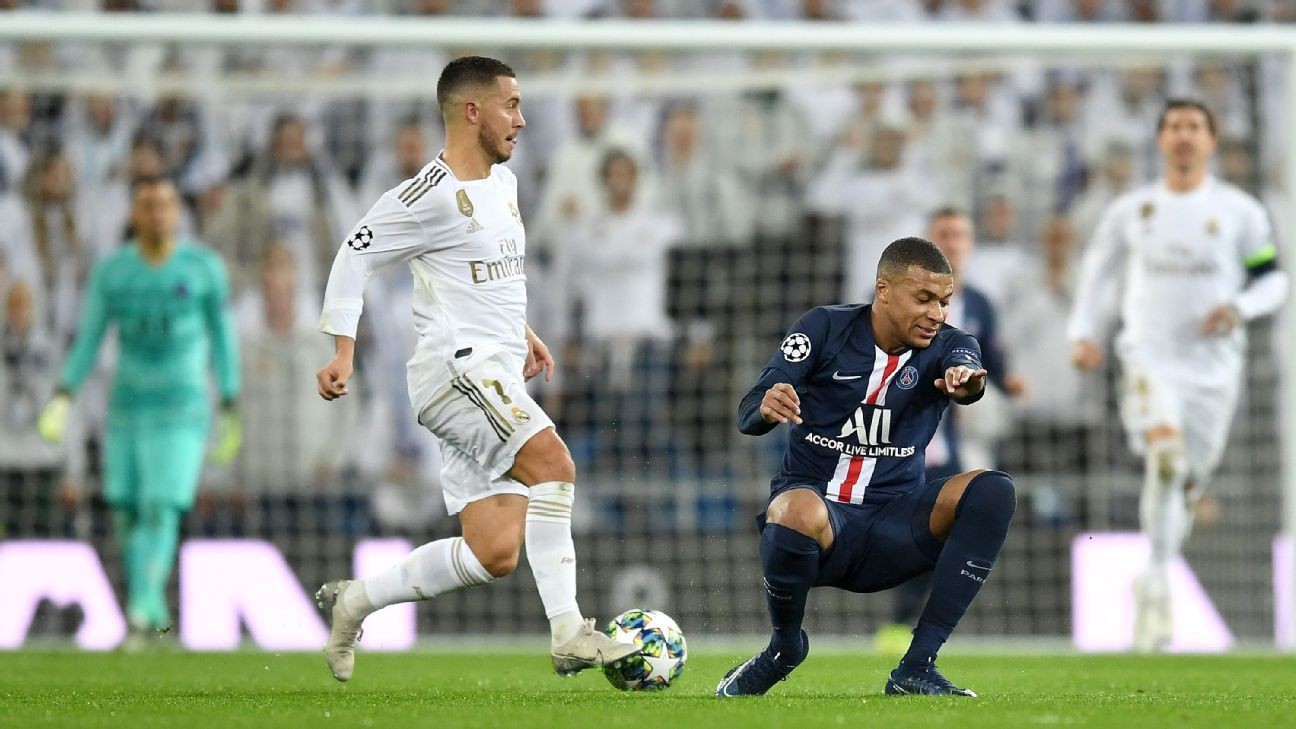 Kylian Mbappe's future may be resolved soon amid continued links with Real Madrid, which could ultimately spell the end of Eden Hazard's tenure at the club.

According to Marca, Paris Saint-Germain have demanded that Mbappe clarify his intentions before the Champions League second leg tie against Barcelona on March 10.

If Mbappe does wish to join Los Blancos, then AS suggests that could finish Hazard's time at the Bernabeu, with the Belgian having struggled since joining from Chelsea.

Injuries and lack of form have contributed to Hazard scoring just four goals in 35 appearances in all competitions for Madrid, while Mbappe continues to make waves after his hat trick at the Camp Nou in the first leg win against Barcelona.

Liverpool are the frontrunners for Udinese midfielder Rodrigo De Paul, as has been suggested by Tutto Udinese.

It is claimed that the Reds are willing to pay €30 million, while the Serie A outfit are after €40m, but hope remains that a deal can still be struck for the Argentine.

The development comes amid previous frontrunner Internazionale's financial struggles due to the coronavirus pandemic, which has made their situation regarding transfers far more complicated.

Everton are working on a deal to sign Norwich City right-back Max Aarons, as has been reported by Fabrizio Romano.

The journalist claims the Toffees are keen to bring in the Englishman, while Manchester United have been scouting him and will decide whether to make a move in the coming months.

There has been plenty of other interest in the 21-year-old in recent windows, with Barcelona and Bayern Munich among those linked. However, Barcelona signed Sergino Dest from Ajax Amsterdam and Bayern decided against spending €35m on Aarons.

- AC Milan will work to renew Brahim Diaz's loan from Real Madrid to keep him at the club past this campaign, reports Calciomercato. The Serie A side is prioritising Hakan Calhanoglu and Gianluigi Donnarumma, with both of their contracts coming to an end in the summer of 2021. However, once those are sorted, Milan will look to use their good relationship with Madrid to keep the 21-year-old Spaniard for an extra season.

- Atlanta United FC vice president Carlos Bocanegra has suggested that the club will "be looking to add one or two more" players. His statements follow reports linking the Five Stripes with centre-back Lautaro Giannetti, who has spent his entire career with Valez Sarsfield, the previous club of new Atlanta manager Gabriel Heinze.

- Andre-Pierre Gignac has signed a three-year extension with Mexican powerhouse Tigres UANL, the club announced on Friday. The French striker recently led Tigres to a CONCACAF Champions League title and an appearance at the Club World Cup, where they lost to Bayern Munich in the final. Gignac, 35, has become an icon since moving to Mexico in 2015 and is Tigres' all-time leading scorer.