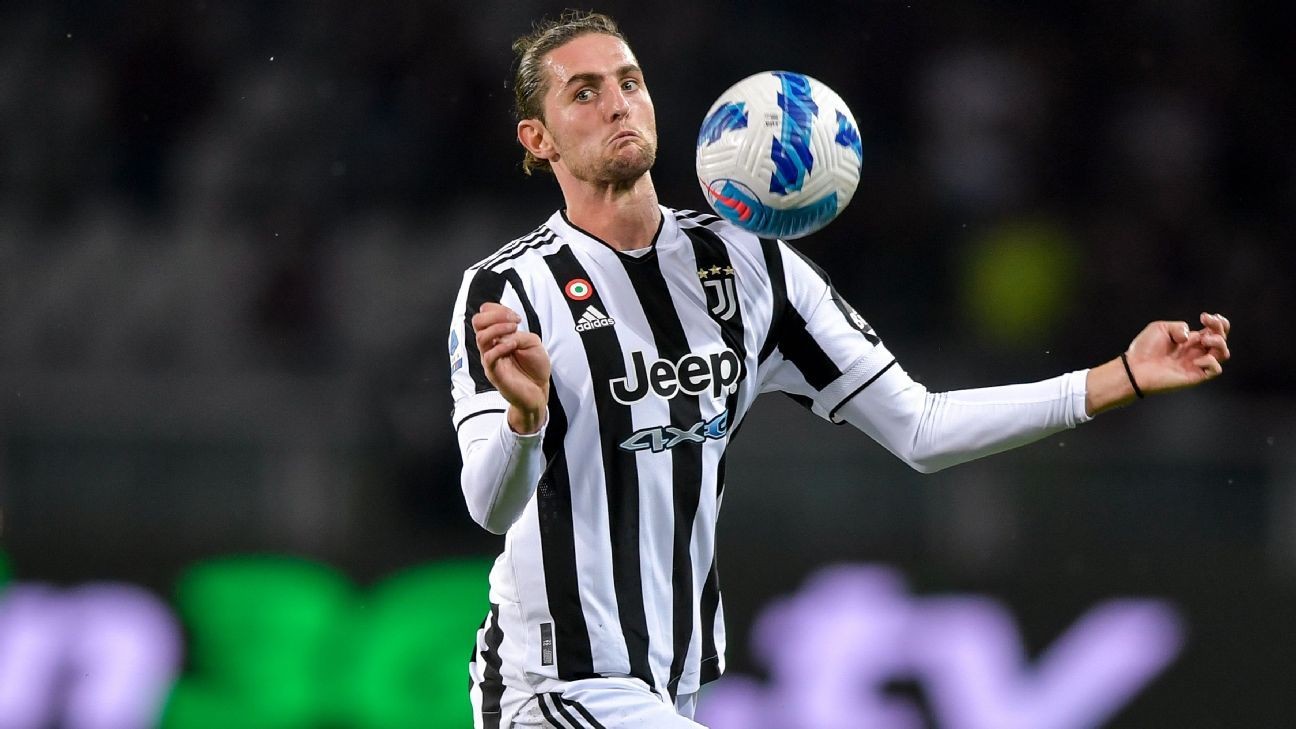 Following their recent takeover, Calciomercato reports that Newcastle United are interested in a move for Juventus midfielder Adrien Rabiot.

The Old Lady are said to be willing to move on the France international as they start a midfield shakeup of the squad, while the 26-year-old would prefer a move to the Premier League.

Juventus are eyeing a reshuffle to their midfield ranks -- AS Monaco's Aurelien Tchouameni and Manchester United's Donny van de Beek are seen as options -- but the Italian side must move some players beforehad.

Newcastle are now being linked to numerous transfers due to the wealth of the club's new owners, with UEFA Nations League winner Rabiot the latest to enter the conversation.

Juventus would be able to move him on for a minimal valuation whilst losing very little, as the player joined on a free transfer from Paris Saint-Germain in 2019. He has struggled in Serie A amid a mixture of inconsistent performances and injuries.

A new club could also be the fresh start Rabiot needs to stay in the mix with Les Bleus ahead of the 2022 World Cup in Qatar.

- AC Milan are ready to move on winger Samu Castillejo with LaLiga club Getafe interested, according to Gazzetta dello Sport. The 26-year-old has recently found himself out of Stefano Pioli's plans for the future, with Getafe reportedly reaching an agreement with the player over a move back to Spain.

- LaLiga sides Atletico Madrid and Sevilla are interested in Fenerbahce defender Attila Szalai, according to journalist Ekrem Konur. The Hungary international has impressed this season in in the Turkish league. At 23 years old, he could still improve at centre-back.

- Juventus have joined AS Roma in showing interest in Borussia Monchengladbach midfielder Denis Zakaria. According to Tuttosport, Juve boss Massimiliano Allegri is eyeing the Switzerland international if they cannot land the aforementioned Tchouameni, with contacts opening over the possible transfer of the midfielder.

- AC Milan are interested in signing Serie B side Pisa's youngster Lorenzo Lucca, according to Gazzetta dello Sport. The Rossoneri are in search of a young central striker to succeed Zlatan Ibrahimovic and eventually Olivier Giroud. Lucca, 21, has impressed with his consistency, with a valuation of €10 million reportedly set on him.

- Robert Lewandowski is reportedly frustrated at Bayern Munich amid uncertainty over his future, according to Sport BILD. The Poland international is irked about links between Bayern and Borussia Dortmund's Erling Haaland and FC Salzburg's Karim Adeyemi, both seen as potential successors to the 33-year-old.