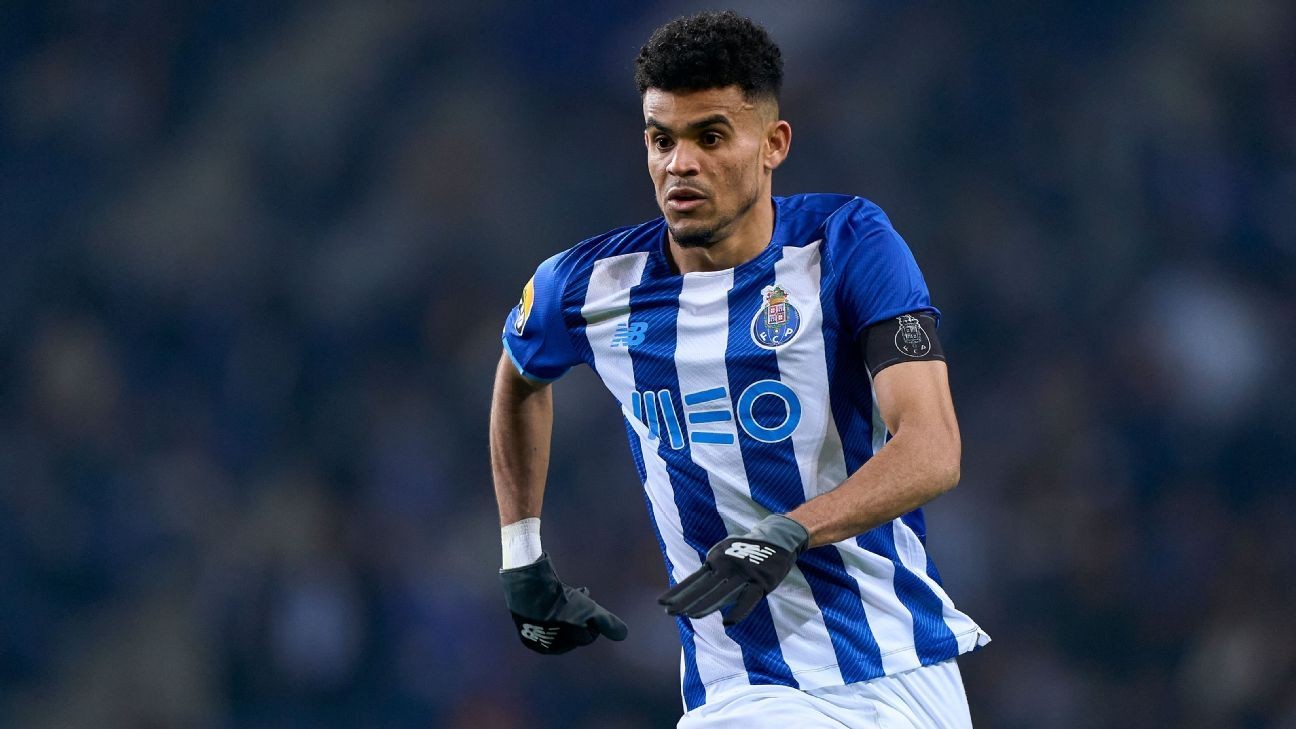 Liverpool are set to win the race to sign FC Porto winger Luis Diaz for around €60 million, says The Athletic.

Diaz, 25, has 16 goals from 26 games across all competitions this season, while the Colombia international was joint top goal scorer at last year's Copa America alongside Lionel Messi, and has been linked with a host of top clubs in Europe this month,

Diaz had already been the subject of a €45m bid from Tottenham, which was rejected earlier this week, and sources told ESPN that the club are expected to make an improved offer.

Porto have a strong negotiating position based on the presence of an €80m release clause in the winger's contract, but are reportedly ready to accept less than that and Liverpool's bid includes €40m up front and €15m in add-ons.

Liverpool are looking to add depth to their attack as Roberto Firmino, Sadio Mane and Mohamed Salah are all entering the final 12 months of their contracts.

08.34 GMT: Arsenal face a race against time to sign a striker before Monday's transfer deadline after becoming repeatedly frustrated in attempts to bolster their forward line, sources have told ESPN's James Olley.

Arsenal were heavily linked with a move for Dusan Vlahovic but the Fiorentina forward is close to finalising a €75m deal to join Juventus.

Sources have told ESPN that senior figures at Arsenal believe their interest was used as a smokescreen by Vlahovic's camp to negotiate a transfer that provoked an angry reaction among Fiorentina fans the moment it became public given their longstanding rivalry with Juventus.

Arsenal boss Mikel Arteta ideally wants to strengthen in attack this month with Pierre-Emerick Aubameyang ostracised after being stripped of the captaincy following a series of disciplinary issues, while Alexandre Lacazette and Eddie Nketiah are both likely to leave the club when their contracts expire at the end of the season.

Gosens has signed a four-and-a-half-year contract in Milan and moves on loan with an obligation to sign him permanently. The 27-year-old becomes the Serie A leaders' first signing of the January transfer window and will compete with Ivan Perisic for the left wing-back spot in Simone Inzaghi's side.

Gosens played a key role at Atalanta achieving three consecutive third-place finishes in Serie A, and started every match for Germany at Euro 2020 last year. However, this season the left wing-back has been sidelined since September with a hamstring injury and is not expected to return for at least another month.

- With Fiorentina striker Dusan Vlahovic seemingly on the cusp of joining Juventus, the club is now said to be turning their attention to bolstering the midfield. And, according to Gazzetta dello Sport, the Bianconeri are interested in signing either Chelsea's Jorginho or Barcelona's Frenkie de Jong at the end of the season.

- Crystal Palace are looking to make the loan move for striker Jean-Philippe Mateta permanent, says The Sun. The 24-year-old is one-year into an 18-month loan spell at the Eagles from Bundesliga club Mainz, who have reportedly set a valuation of £14m for the forward.