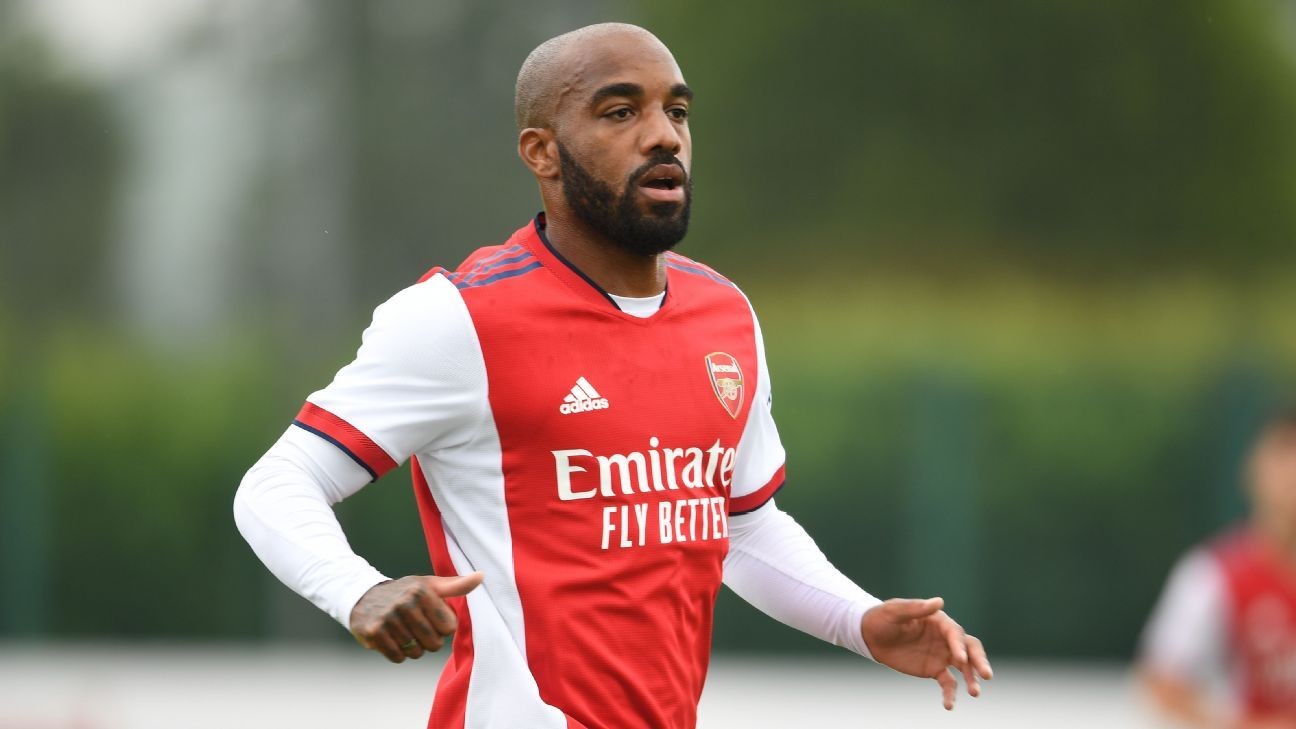 TOP STORY: Simeone back in for Lacazette

Atletico Madrid are considering a move for Arsenal striker Alexandre Lacazette, according to Calciomercato.

The Frenchman's contract is set to expire in 2022 and so he is widely expected to leave the North London club this summer. Atletico's offer -- which could be as low as €15 million -- would at least prevent the Gunners losing him for nothing next summer, and in turn could help them fund a move for Tammy Abraham from Chelsea.

Atletico were interested in signing Lacazette in 2017 when he joined Arsenal from Olympique Lyonnais, but the move failed to materialise because of the Spanish club's then transfer ban. Four years later, Atleti boss Diego Simeone is hoping to land his man in an attempt to bolster his strike force.

Arteta is, however, said to be prepared to keep Lacazette if no deal is forthcoming, but that any move for Abraham would fall through as a consequence if the Frenchman stays.

Arsenal are one of several clubs keen to sign Abraham from Chelsea, alongside Aston Villa and West Ham United.

- Barcelona defender Samuel Umtiti has fallen out of favour -- and down the pecking order -- under boss Ronald Koeman, and his appearances in preseason appear to be an attempt by the Catalan club to find him a new club. That's according to Sport, who believes Koeman won't be counting on the 27-year-old in 2021-22. Umtiti has found it hard playing consecutive games in the last few seasons as a result of numerous injuries and, by allowing him to leave, Barca believe they can free up some much needed wages to ease their financial woes.

- Arsenal midfielder Joe Willock remains a priority for Newcastle United, but they're already eyeing up Ross Barkley as an alternative, according to the Athletic. Steve Bruce is yet to make a signing this summer and so the pressure is on to enhance his side, with central midfield believed to be an area of priority. Willock, 21, impressed during a loan spell at St James's Park last season, but Bruce admits that any permanent move remains firmly in Arsenal's hands. Therefore, the Magpies could turn their attentions to Barkley, 27, who was on loan at Aston Villa last season, and who could be a much easier deal to sort.

- Erik Lamela is ready to undergo a medical in Sevilla this week ahead of a swap deal that will see Bryan Gil head in the opposite direction, reports Italian journalist Fabrizio Romano. Tottenham midfielder Lamela, 29, has been spotted at Sevilla's ground and will undergo his medical later this week. Gil is set to arrive in London this week as part of the swap in a deal that will see the 20-year-old sign until 2026.

- Borussia Dortmund are close to announcing forward Donyell Malen after the first part of the necessary paper was completed at the weekend, according to Fabrizio Romano. Malen is in Germany to complete his medical, and Romano reveals that PSV Eindhoven will get €30m for the 22-year-old. Liverpool were also believed to be in the hunt for the prolific attacking player, but despite their interest, no official bid was ever made.

- Roma boss Jose Mourinho has offered Barcelona €15m for defender Clement Lenglet in an effort to boost his back line, according to Sport. Roma boss Mourinho is looking to strengthen his defence and 26-year-old Lenglet is one of several players being targeted. However, Barcelona are said to want closer to €25m, given that the Frenchman has five years remaining on his contract. Sport believe negotiations could begin between the two clubs in the new few days, despite the difference in valuation.