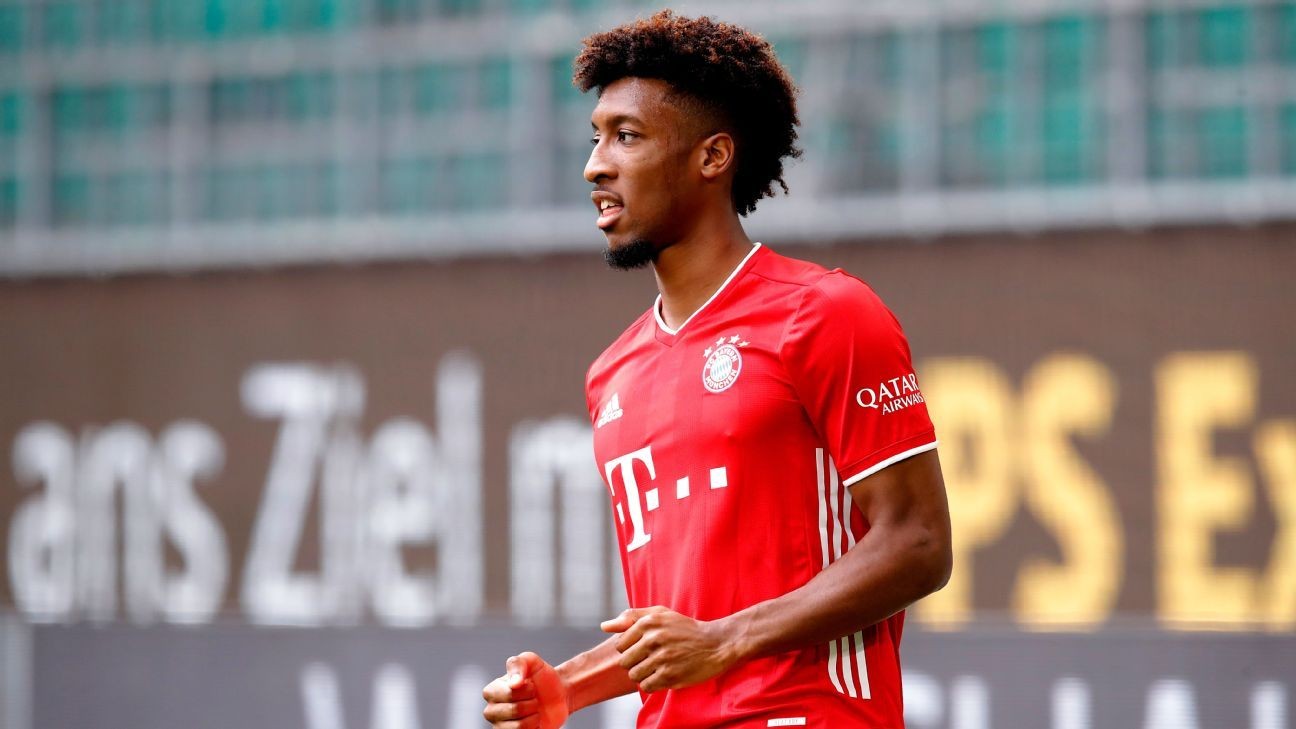 Liverpool and Chelsea are keeping a keen eye on Kingsley Coman, as the France winger is being tipped to leave Bayern Munich, says The Mirror.

They were both interested in the 25-year-old during the summer transfer window, but were put off by the £86 million demands coming from Bavaria.

Coman's current deal with Bayern runs until the summer of 2023, but he has already spoken of a desire to feel more appreciated at the Allianz Arena or search for pastures new.

Having played for Paris Saint-Germain, Juventus and Bayern, giants of the French, Italian and German games, it now seems as though he could be moving to a big club in England.

Christian Nerlinger previously told BILD TV that he thinks the winger will leave Bayern before the option is there to leave for free.

That would make financial sense for the Bundesliga champions, especially as Coman is yet to start or contribute to a goal in any competition this term.

He is now set to be out until October due to discovering a cardiac arrhythmia, which led to him having a minor heart operation after suffering from shortness of breath.

- Diario Sport have shown that there is no need for Barcelona to be concerned about Ansu Fati's contract situation, pointing to a clause in his deal. The original contract will only run until the summer of 2022, but the Catalan club already have an option to extend it until June 2023, and have until June 12, 2022, to reach a new agreement with the talented youngster. However, the report says that things won't drag on anywhere near that long.

- AS Roma are making moves to secure the future of their midfield, according to Tuttomercatoweb, starting by looking to bring in Denis Zakaria from Borussia Monchengladbach. The Serie A club is also looking to extend the contracts of players who are already there. Lorenzo Pellegrini is seen as a priority due to his current deal coming to its culmination in June, while they are already looking to put an extra two years on Jordan Veretout's deal, which is set to end in 2024.

- Internazionale are looking to extend centre-back Milan Skriniar's contract, as has been reported by Calciomercato. The Slovakian has played every minute in every match this term for the Scudetto winners, and his deal comes to an end in the summer of 2023. It is even suggested that securing a longer deal for the 26-year-old has become one of the Nerazzurri's priorities.

- Mohamed Bayo has impressed since going up to Ligue 1 with Clermont Foot, and it seems as though the striker will be rewarded with a new contract, with his current one ending in 2023, as is being reported by Le 10 Sport. The 23-year-old's form has also caught the eye of some bigger clubs and it is reported that Clermont would be willing to listen to offers for the 23-year-old next summer.